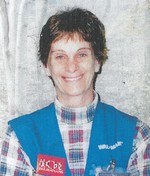 Pauline (Palmer) Hubman passed away May 4th 2022. She was born March 7th 1941. She was born to Clarence and Gladys (Pries) Palmer in Eyota, Minnesota. She was raised in Rochester, Mn. And graduated from John Marshall High School. She worked as a nurses aide at Worrall-Methodist Hospital. She met her lifelong friend Marge Hoover while working there. They went to Omaha Tech College and moved to Chicago, Ill. And worked at Western Union. In Chicago she met Douglas Hubman and later married in 1962. They moved to Massillon, Ohio and decided to own Amherst Office Machines and continue on for 25 yrs. After selling the business, they moved to Florida for a total of nine years. In 2002 they moved to Billings to be closer to their family. Meanwhile she also worked at Walmart Billings store and met a lot of close friends.
Pauline did genealogy for 30 years, finding her ancestors back to 12th century. She discovered a great history, she was related to 2 presidents and Lucille Ball. In 1628 her Palmer side sailed to Plymouth, Mass and later founded New Stonington, Conn and Rebooth, Mass. The Cummings came to America in 1635. She later found where her ancestor was buried, Willaim Tucker in Orion Cemetery, Cummingsville, Mn. But no tombstone. She ordered a new one and told the tombstone maker about his history of enlisting and patrolling the indian borders of North and South Dakota, and Minn. and also patrolling Fort Snelling in Minneapolis. He contacted the VFW and in Nov. 2015 they consecrated his burial plot and now has a flag flying on Veteran’s Day. She was deeply honored by this. Pauline was preceded in death by her parents, sister Nancy, brother Richard and her two beloved sons, Tracy and Jeffrey Hubman.
She always hugged her grandchildren, she wanted them to know how much she loved them all. She is survived by her husband Douglas, daughter Toni, grandchildren Cody Hubman, Samuel Hubman, Alex Cox, Colton Dehass, Stephanie Hubman, Nanette Getz, and 4 greatgrandchildren, Jami Hubman daughter-in-law, Steve and Beckie Palmer, Ken and Barb Palmer and Judy and Jim Anderson her nephews and nieces in Rochester, Minn. Pauline wanted a private family gathering at the funeral home. There will be no calling hours, burial will be later.