To share your memory on the wall of Jason Gruel, sign in using one of the following options:

Jason was born September 18. 1973, in Harrisburg, PA to Helene Gruel. They moved to Montana shortly after. When Jason was 14 he moved to Virginia where he attended Thomas Dale High School located in Chester, VA. Jason came back to Joliet in 1992 and started working at the Upholstery Factory.

Jason has three children with ex-wfe Angela Ovitt: Jacob(28), Joseph(27), and Jessica(23). Jason joined the U.S. Army in 1995 and they moved to Fort Irwin, CA where he proudly served as a dismounted tow gunner. Following his discharge, he and his family moved back to Joliet, MT in 1999. After coming back, Jason started his own flooring/ construction company. He later made his second oldest son, Joseph, a partner in his company in 2017.

He was a devoted father and friend. His children were the most important part of his life. He loved riding his motorcycles and working on his corvette. He had the gift of ingenuity, and the grit of a grizzly bear. Jason will be remembered for his sense of humor, contagious laugh, big heart and willingness to take on any project.

He is deeply missed by his family and all of his friends.

There will be a funeral service held at 1:00p.m. , Saturday, June 12 at Smith Funeral Chapels at their downtown location: 925 South 27th Street Billings, MT. A celebration of life will follow in Joliet at 9413 U.S. HWY 212.
Read Less

We encourage you to share your most beloved memories of Jason here, so that the family and other loved ones can always see it. You can upload cherished photographs, or share your favorite stories, and can even comment on those shared by others.

Posted Jun 11, 2021 at 10:06am
My deepest sympathy,to the family of Jason,
My heart is broken as I loved this man, I baby sat him when he was real little, his mom would bring him to me before she went to work in Bridger, we would have all day togeather with the others I also took care of, he was the baby so the others made sure he was watched and played with. When my kids came home from school they had thier turn to play with him.
I have some pictures of him and would be glad to share with you.
not computer smart so it woud have to be by mail. 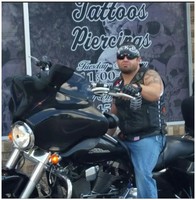