To share your memory on the wall of Janet Stiles, sign in using one of the following options:

She attended K-12 at Central Grade School, Helena Junior High, and Helena High, graduating in 1964. After graduation she studied at Montana State University in Bozeman and received her business education degree in 1968. She accepted a teaching position in Broadview, Montana, where she taught until retirement in 2007 except for a brief period when her sons were small.

In 1970 she married Albert Stiles, and had two children, Trevor Jay and Carson Blake. That marriage ended in 1991.

Janet was active in high school and college with majorettes, cheerleading, 3-7-77s, honor society, AOII sorority, and others. During her teaching career she led almost every activity at one time or another except a sports team before becoming yearbook advisor (1978) and senior class sponsor. As a teacher she felt it was important to value each student as a person and to treat each one firmly and fairly. She hoped she had a positive influence on most of them.

Mrs. Stiles became an active member of Bethel Evangelical Church in Broadview. She was council secretary beginning in 1990, was one of several pianists, helped with Bible School and AWANA, and facilitated a Bible study group.

Although she loved all kinds of crafts (calligraphy, painting, needlework, knitting), she eventually concentrated on quilting and produced abundantly. She donated a number of quilts to fundraisers and gave many away.

She was preceded in death by her parents and brother Steve.

She is survived by her sons Trevor Stiles of Broadview and Carson Stiles of Rapid City, SD; granddaughter Shea Lynn Marie Hardacre-Stiles (Steven Remington) of Blackhawk, SD; and brother Jim (Julie) Moody; and her brothers’ families.

Memorials may be made to Bethel Evangelical Church or Broadview Community Center or charity of choice.
Read Less

We encourage you to share your most beloved memories of Janet here, so that the family and other loved ones can always see it. You can upload cherished photographs, or share your favorite stories, and can even comment on those shared by others.

Posted Jun 08, 2021 at 09:12am
Growing up in Broadview, I soon left the community after high school graduation many years ago. But, on occasion, I attended many events in Broadview. Most at the Senior Citizens Center with my Mom, Thelma. Always, Janet would take the time to say "Hi" and welcome us back into the community with her out going and cheerful personality. She will be missed. My condolences. Linda Van Sky
Comment Share
Share via:
CM

Posted Jun 07, 2021 at 02:29pm
I didn't know Janet Stiles personally , however she was one of the BEST Teacher my son Tyrell and daughter Chelesy had at Broadview. She had a positive in flunance on the kids she taught throughout her teaching career. She would take the time to help a struggling student in her class to understand the subject matter. She focused on all of her students not just the straight A students. Janet Stiles was one of a kind and will be deeply missed by all.
Colleen Moore
Comment Share
Share via:
WB

Posted Jun 05, 2021 at 01:47pm
Janet was such a wonderful friend and sorority sister. I stayed with her in Helena when I was doing my student teaching and we had such a good time with the whole family. Although we live in Germany, I was able to stay in touch with her over the years. She was a very special person and will be missed by so many people. My condolences to the whole family. Wanda Fishbaugh Benning
Comment Share
Share via:
LB

Posted Jun 04, 2021 at 08:19pm
Janet will be greatly missed. She was the sweetest person ever. She led the women's bible study and did an amazing job. I am so sad. Leslie Burroughs
Comment Share
Share via: 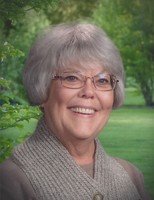