To share your memory on the wall of Loretta Schell, sign in using one of the following options:

Print
Loretta Schell, 91, of Billings, formerly of Baker, Montana, passed away on May 21, 2021 with family by her side.

Loretta was born to Edward and Ella Kitten, February 16, 1930 in Slayton, Texas. At the age of one, her family moved to a farm outside of Lawrence, Nebraska. She attended school in Lawrence and in her early teens became a nanny for the Bud Bowen family. Loretta moved with the Bowen family to Baker, Montana where she met her husband, Bert Schell. They married October 3, 1949 and raised nine children.

Loretta was tirelessly committed to providing for her nine children. She kept an immaculate home and always made cleaning a family affair. She was proud of her garden and particularly loved canning tomatoes and pickles. Loretta insisted the family meet for dinner at exactly 6:30 p.m., usually for a delicious meal from scratch. Dessert was always the highlight. Loretta took special care to travel to farms with the best eggs and cream to create her baking masterpieces! Family favorites included kuchen, cinnamon rolls and apple pie.

Loretta brought her love of baking and cooking to the Baker School’s hot lunch program. She proudly worked as a cook for 24 years, providing nutritious and tasty meals for the Baker school children.

In 2015, Bert and Loretta moved to assisted living in Billings, Montana. For the first time in her life, she enjoyed meals and cleaning provided by others. Loretta relished in her new found free time, developing a serious passion for Bingo, with most of her winnings shared with grandchildren. In the immortal words of Bert Schell, “Loretta loved her Bingo, Bingo, Bingo!”


The funeral is planned for Friday, June 25, 2021 at 12:15 p.m. at the Smith Funeral Home in Billings with burial following at the Yellowstone National Cemetery in Laurel. Loretta will be laid to rest next to her husband, Bert. Condolences can be sent to www.smithfuneralchapels.com.
Read Less

We encourage you to share your most beloved memories of Loretta here, so that the family and other loved ones can always see it. You can upload cherished photographs, or share your favorite stories, and can even comment on those shared by others.

Posted Jun 09, 2021 at 08:58am
I am so sorry for the passing of Loretta. I remember my dad, Vern, never called her Loretta, he always called her Sis. Cherish your memories of Loretta. God Bless. Lori Kitten Henn
Comment Share
Share via:
MK 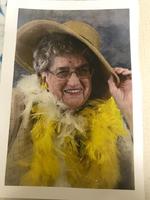 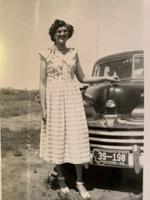