To share your memory on the wall of Reid and Edith Grayson, sign in using one of the following options:

Reid was born on July 18, 1925 to Richard and Mae Bertelson in Antelope.  He was inducted into the Army in November 1943.  When he came home on furlough, he married his high school sweetheart, Edith Olsen, on April 12, 1944 at Nathaniel Lutheran Church in Dagmar, MT..  Husband, father, son, brother, uncle, friend, or coach; whatever the role he was loved by all.

Edith Elizabeth Olsen Grayson was born August 17, 1926 at the family farm in Dagmar, the 9th of 10 children born to Jens and Clara Olsen.  She attended grade school at Emerson School in Dagmar, MT and one year at Eugene, OR.  She graduated 8th grade from Hiawatha School in Dagmar, MT.  Edith graduated from Antelope High School in 3 years.  She was an amazing woman who loved her family, friends, playing cards, and telling a good joke.

Reid was awarded several times during his career for Burlington Northern Railroad.  He held several positions over the course of his lifetime.

The Graysons had many hobbies and interests.  They loved to travel and went to many other countries.  They built a cabin overlooking Cooney Reservoir and loved to boat and camp.  Playing cards with friends and families was a favorite pastime.

Reid was active in several organizations throughout his life.  He was awarded the Silver Beaver, the highest award given in Scouts.  He was a leader to many troops.  Reid was also active in the Lion’s Club, the American Legion, the VFW, the PTA and was a juvenile officer.  One of his greatest interests was basketball, and he coached several teams of all ages.

Our deepest gratitude to the caring, compassionate caregivers from Compassus Hospice.
Read Less

To plant a memorial tree in honor of Reid and Edith Grayson, please visit our Heartfelt Sympathies Store.

We encourage you to share your most beloved memories of Reid and Edith here, so that the family and other loved ones can always see it. You can upload cherished photographs, or share your favorite stories, and can even comment on those shared by others.

Posted May 21, 2021 at 10:55am
So very sorry for your loss! Two very special people!! May memories comfort you now and always!!
Katie
Comment Share
Share via: 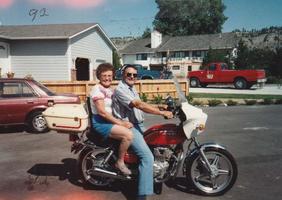 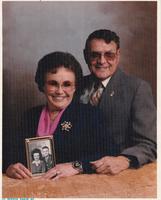 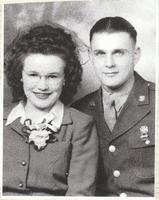