To share your memory on the wall of Theodore \"Ted\" Eklund, sign in using one of the following options:

Ted was a World War 2 veteran, having enlisted in the U.S. Navy after high school. He served in the South Pacific with the Amphibious Corps aboard the LSM 387. Having served 3 years with the U.S. Navy, Ted was honorably discharged and returned home to Barber, MT, ranching with his father and brothers.

In November, 1951, Ted married Blanche Sandvig in Billings, MT. To this union, a son, Conrad, was born in October, 1954. They later divorced, and, in 1972, Ted married Margaret Bucher in Lewistown, MT. Ted continued on the family ranch until it was sold in 1998. Shortly after, he and Margaret moved and retired to Billings. In June, 2008, Margaret died. In 2014, Ted moved to Mission Ridge Senior Living where he spent his remaining years.

In addition to ranching, Ted was involved in many areas. He was a rural mail carrier for the south Barber area, retiring after 30 years. He was active in Montana Rural Letter Carriers Association, and was elected state president in 1970. That same year, Ted was awarded the “Outstanding Rural Carrier” of Montana. He was a life-long member of the Montana Farmers Union, serving many years on the state board of directors. He also served on the board of directors of the local co-op in Ryegate. In 1996, he was named “Outstanding Cooperator” of the Lower Musselshell Soil District. From 1976 to 1977, Ted participated in the Kellogg Education Program at MSU. He was a member of the Ryegate School Board for 6 years. He served as a member of the Golden Valley County Commissioners for 14 years, retiring in 1998.

The church was a big part of Ted’s life. He was a life-long member of Grace Lutheran Church in Barber MT. Upon retirement, he and Margaret transferred membership to Lutheran Church of the Good Shepherd in Billings where they kept involved in church activities.

Ted was preceded in death by his parents, Elmer and Eunice; brothers’ Ralph, Gordon, and Don; and wife Margaret.

Special appreciation goes out to Ethel Aichele, who was always there to meet Ted’s needs during his last few years at Mission Ridge.

A memorial service will be held at Smith West Chapel, 304 34th St. West, Billings, MT on Saturday, May 1, 2021 at 1 pm. Interment of ashes will follow with military honors.

Memorials suggested to Lutheran Church of the Good Shepherd or charity of the donor’s choice.
Read Less

We encourage you to share your most beloved memories of Theodore "Ted" here, so that the family and other loved ones can always see it. You can upload cherished photographs, or share your favorite stories, and can even comment on those shared by others.

Posted Apr 30, 2021 at 05:20pm
Uncle Ted will always be remembered in the Bucher Family as he was always fun to have around. I rely all the times that he and Babe [Margeret] as we knew her, would come up to Bozeman in Btidger Canyon to our party barn for family and friends togethers. Ted is the last one of that generation and will be missed and have fond memories of him at family get togethers in Lewistown. I am sure Conrad has a big hole in his family kids and grandkids. 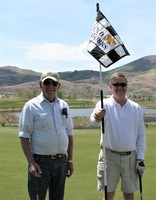 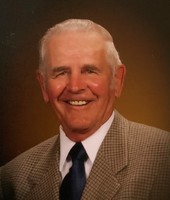 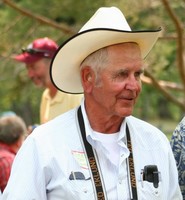