To share your memory on the wall of Daniel Huff, sign in using one of the following options:

Print
Daniel Joseph Huff: The Man, the Entrepreneur, the Dreamer

Daniel Joseph Huff was a beloved son, father, brother, uncle, great uncle, cousin, and friend. He was the only son born to Frances and James Huff of Laurel, MT, on December 20... Read More
Daniel Joseph Huff: The Man, the Entrepreneur, the Dreamer

Daniel Joseph Huff was a beloved son, father, brother, uncle, great uncle, cousin, and friend. He was the only son born to Frances and James Huff of Laurel, MT, on December 20, 1956. He passed away peacefully at the Riverstone Hospice House on April 16, 2021, at the age of 64. Dan is survived by his son James Huff and James’ mother Darlene Wystub. He is also survived by four sisters: Pam Waddell, Chris Lohrenz, Eileen Lowery & Susan Gontarek and a special cousin Terri Culliton. Because of life-long friendships he had three chosen brothers: Doug Wystub, Mike Connors, and Zach Culliton (deceased). His father James Huff preceded him in death in 1982, and his mother Frances Huff in 2020.

Dan had the joy of being the dear uncle to 15 nieces and nephews and great uncle to 20 great nieces and nephews. He established special connections with all the “little people” in his life. Zach Culliton, who had Muscular Dystrophy, inspired Dan to enjoy life daily and forever seek adventures. Dan was a visionary and inspired those within his ever-growing circle to make meaningful connections, live out their passions, dream big and never give up.

In his earlier years, Dan worked at Albertsons for 20 plus years. He then carried on the legacy of Huffs’ Antique Shows which his parents started over 50 years ago. As the owner of Huffs’ Old Stuff & Junk and White Buffalo Lodges Tipi Co., Dan was an antique dealer, entrepreneur, art dealer, tipi expert, junk accumulator, and treasure hunter. His mind was always dreaming up big ideas and creating new ways to make the world a better place. He was a person who made a home wherever he landed and became family with whomever he met. He loved to travel and spent a few winters in his van meandering south to Arizona and California where he could soak up the endless sun and inhale the ocean air.

Making connections with people was by far his favorite pastime and his eternal optimism was contagious. He was a comedian who brought love and laughter to many. His generosity and patience made him an enthusiastic teacher of art, antiques, tipis and even junk.

Despite being diagnosed with ALS at the age of 62, he never once let it slow him down (in fact he traveled over 450 miles around Billings in his wheelchair and went through a set of tires). As a strong advocate for all scientific efforts in the fight against ALS, Dan has donated his brain to research. While his life was cut short, his time on this earth will leave a lasting footprint and deep impression on the countless lives he touched. He will be missed, but never forgotten. May you forever rest in peace our dear Danny Joe Huff. You are loved!!

There will only be a private family gathering. Memorial donations can be made in Dan’s name to: Riverstone Health Hospice House, 123 So. 27th St., Billings, MT 59101, ALS Association @als.org, or to White Buffalo Foundation, 133 6th Ave. W., Kalispell, MT 59901.
Read Less

There are no events scheduled. You can still show your support by sending flowers directly to the family, or planting a memorial tree in memory of Daniel Joseph Huff.
Plant a Tree

We encourage you to share your most beloved memories of Daniel here, so that the family and other loved ones can always see it. You can upload cherished photographs, or share your favorite stories, and can even comment on those shared by others.

Posted May 01, 2021 at 10:16am
My deepest sympathies at the loss of Danny. He was always so friendly, happy, nice and fun. His bravery and attitude at approaching death is an inspiration to all of us and I have learned from his example. He will live on in my heart. Jerry Fahrenthold, Red Lodge.
Comment Share
Share via:
KO

Posted Apr 25, 2021 at 10:31am
All love and condolences to the Mayor of Montana's loving family. I miss Dan's visits to Red Lodge. He often stopped in to say hello and share his latest dreams and adventures with me. Always a day brightener, always warm, always loving to this old friend; he always had a good story to share! He was a kind, gentle dreamer soul, a man with huge love for his son, James, and for his family and friends. He handled ALS with great dignity, humor and strength. He was surrounded by the love of his family. Happy trails, Mayor Dan, your loving friendship lives in my heart and the hearts of many others as well! Your legacy is one of loving kindness and the dreamy imagining of every day life. Well done, friend! 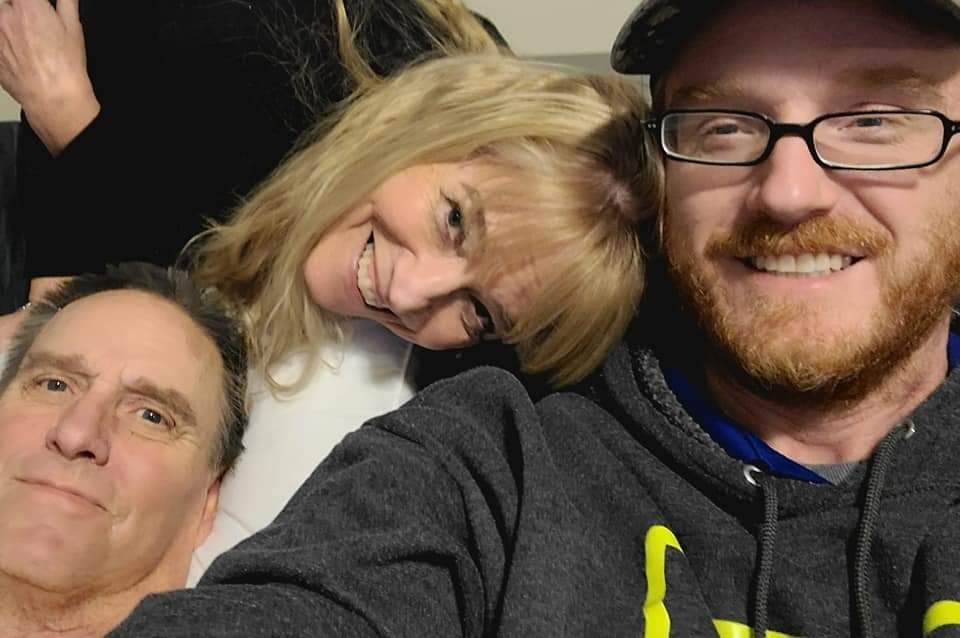 Posted Apr 21, 2021 at 11:33pm
Danny always dreamed big. Mayor of Montana, salvaging the items left in the moon and many more. Dan and I had the great idea to backpack Mystic Lake in early Spring with two puppies, Koots & Shahoo. We planned on dipping pans in the lake for water and fish for our meals. The creek at the trailhead ran clear and clean. Not so after a 1000’ elevation gain on a switchback hike. When we reached the lake we hadn’t thought about the lake being nearly drained in anticipation of Spring runoff. Nor had we thought about it still being winter at this elevation. There was 2-3’ of packed old crusty snow that traversed steeply towards the lake from the trail. The lake was frozen except for the edges. We new if we slipped there would be no chance of rescue. We hiked away from the trail and lake for about a mile. Tried melting ice over the sticks we snapped off the trees and cooking the can of Vienna sausages, one small can for two plus the dog food, which was looking good come morning since we couldn’t fish. Melted water tasted like campfire. The night proved to be a challenge as it dipped well below freezing. Thank God Dan brought those puppies. They were like little space heaters in our sleeping bags. After having such a great time, we woke up freezing and promptly headed back down the trail. I think we drank the creek dry when we came to the area it was finally running. We had several adventures together and all good memories. Rest In Peace Danny! I’m sure you’re pitching your idea to salvage the moon to the good people in heaven! Love you and miss you. Ed
Comment Share
Share via:
T

Posted Apr 19, 2021 at 12:53pm
We had a family gathering here in Arizona yesterday and went around the room talking about how we all met Dan and what are treasured memories were of Dan.Mine are many but the one that stands out is our son was 18 and we took him on a road trip with Cousin Dan the driver all the way from Montana to California. Zach was in a Electric Wheelchair . First stop Vegas.. then Hooters in California. Dan somehow arranged as were leaving these 3 young Beautiful Hooter girls with short shorts and tight tank tops to ask Zach if they could have a picture with him... bend over and talk to him... you can imagine our son was is shock and awe... he spent most his money for the trip buying souvenirs from them! Now if any of you know where Hooters is in California we were downtown where all the actors have their hand and footprints on sidewalk... gets better.. we were in Van with lift and Dan just parked us downtown there and the short walk to Hooters itself became an great Memory for us... How he traveled was amazing to me! My Dear Cousin Dan May you be flying high with the Angels! Cant wait to see you again so you can show me around Heaven.. Love you forever...hug Zach for me ... 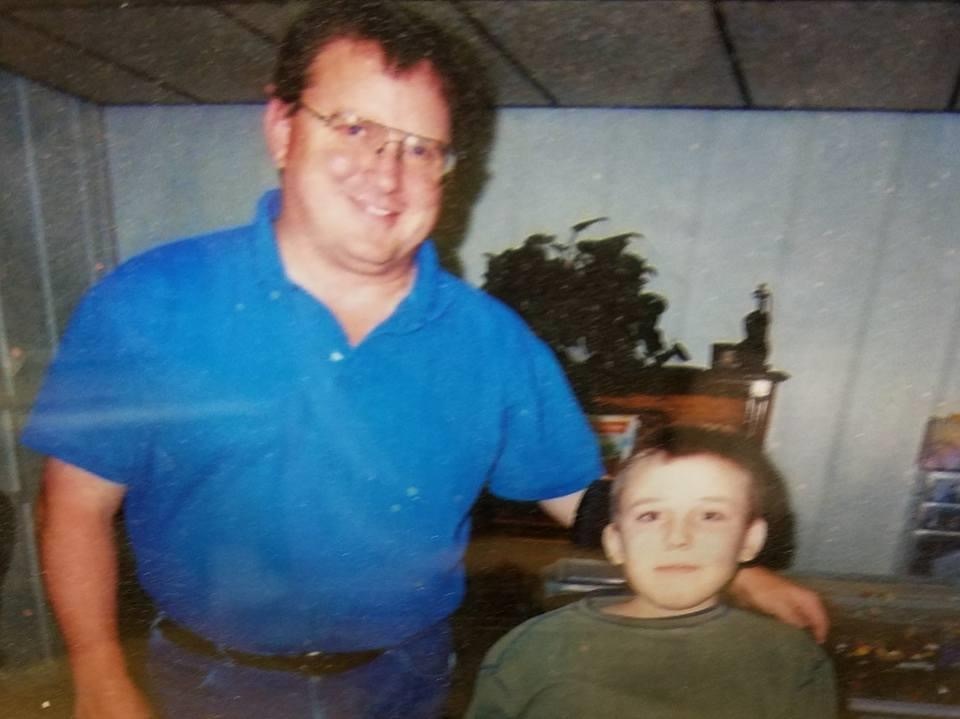 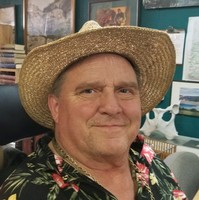 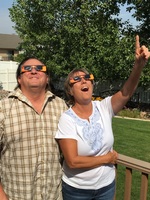 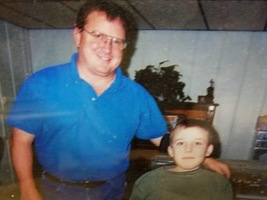 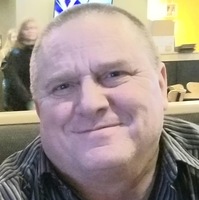