To share your memory on the wall of Richard Dilley, sign in using one of the following options:

Print
Richard (Dick) Henry Dilley, 78, of Billings, MT, passed away at home with family by his side under Stillwater Hospice care, from prolonged illnesses of congestive heart failure and COPD.

Born December 11, 1942, in Seattle, Washington t... Read More
Richard (Dick) Henry Dilley, 78, of Billings, MT, passed away at home with family by his side under Stillwater Hospice care, from prolonged illnesses of congestive heart failure and COPD.

Dick was raised in Issaquah, Washington and graduated from Issaquah High School in 1961. Immediately after graduating, he moved to Montana to pursue a trucking job. While in high school, Dick worked as a gas station attendant for Mobil and delivered newspapers on a motor route. Dick loved to spend his summers in Eastern Washington staying with his grandparents and visiting with uncles, aunts, and cousins.

Dick’s next job back in Montana after moving was Pepsi Bottling in Billings.

Dick married Genevive (Genny) Vermandel on February 6, 1965 and then reported to San Diego, California for Navy Boot Camp. Upon returning from the military, Dick went to work at Pierce Trailer Sales where he multitasked many jobs of wiring trailers, truck driving and painting.

Dick’s dream job was driving truck at Consolidated Freightways. His runs took him into numerous Montana towns and into Idaho. Due to cancer in his spine, Dick had to retire from truck driving in 1986. Dick had many interests like hunting and fishing the Big Horn with a good friend, Roger Kephart, lapidary work with rocks, and wood working. His heart was really into restoring old cars and had a fleet of old relics.

The family would like to thank the Billings Clinic doctors and nurses for their wonderful care. Also, a big thanks goes to staff of Stillwater Hospice. In lieu of flowers, donations may be made to Stillwater Hospice of Montana.
Read Less

We encourage you to share your most beloved memories of Richard here, so that the family and other loved ones can always see it. You can upload cherished photographs, or share your favorite stories, and can even comment on those shared by others.

Posted Apr 28, 2021 at 11:59am
MJ & I are so very sorry to learn that Dick has passed on. I have several happy and funny memories of Dick as I worked alongside him at CF for many years. He loved to laugh and make others laugh, and it was obvious how much he loved and cared about his family. He also had that "Dad thing" of worrying about his family's well-being. Please know he will be missed among his circle of friends.
Comment Share
Share via:
PB

Posted Apr 17, 2021 at 10:57am
Jenny, Otis, Jeannette, Charlie and all family members.
There are no words enough to tell you how sorry I am for Dick's passing. He was such a kind and gentle man and always had a smile on his face. My heart goes out to all of you during this time of sadness in your life. Prayers of comfort. Pat Beddes
Comment Share
Share via: 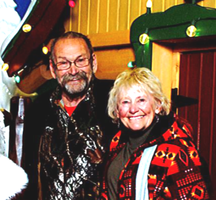 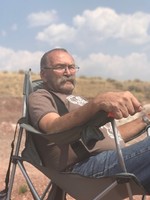 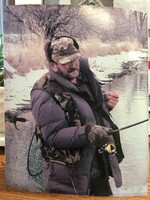