To share your memory on the wall of Paul Hedrick, sign in using one of the following options:

He attended school at Orchard, Garfield and Lincoln Jr High, then Billings Senior. Graduating from Absarokee in 1953. Corky had a football scholarship to play for MSU ~ Bozeman until a horse wreck crushed his ankle

In 1951 they had moved to the Stoney Lonesome Ranch in Stockade country to work the ranch with his Dad, where Corky ranched until his death. He was one of the last true Cowboys.

He is survived by his wife Clarice of 68 years, his 4 children, 9 grandchildren, 14 great grandchildren. His sister Shirley Blakely, 2 nephews, 5 nieces and an entire community of friends that Dad always considered his extended family.

He is preceded in death by his parents, son-in-law Lee Wilson, sister Phylis Shaver and sister-in-law Joyce Arthun.

The family would like to Thank the terrific Absarokee Ambulance Crew, the great Staff at the Stillwater Billings Hospital and the very caring and loving Ladies of Shipp’s Assisted Living. You all made Corky’s last few weeks blessed by your gentle smiles and kind hearts. God Bless you all.

In lieu of flowers, memorials can be made to the Absarokee Ambulance or Fire Department.
Read Less

We encourage you to share your most beloved memories of Paul here, so that the family and other loved ones can always see it. You can upload cherished photographs, or share your favorite stories, and can even comment on those shared by others.

Plant a Tree in Memory of Paul
Plant a tree
2 trees have been planted in memory of Paul E. "Corky" Hedrick Jr.
HF

Posted Apr 23, 2021 at 10:25am
We were so sad to hear of Corky's passing. Your family was a blessing to ours every time we ventured out to visit from IL. Praying comfort to y'all.

Posted Apr 22, 2021 at 10:29am
It created a heavy heart when I heard Corky had passed. Its been years since I've had the pleasure of sharing time with Corky & Clarice. Their door and hearts were always open where their warmth, kindness and wonderful friendship always flowed freely. Corky enjoyed hearing stories as much as sharing his adventures. He told his in a way that made you feel like you were there too. He could make you laugh with just a look. The void he leaves is enormous and will be felt by his family and anyone who knew him because was a caring & special person. I pray Clarice & the family are blessed with extra comfort & strength during these times. R.I.P. & Happy Trails To You Corky. Hugs & Love always. Walt & Debra M.
Comment Share
Share via:
R

Posted Apr 21, 2021 at 02:43pm
This man was a true American cowboy. I will always remember the countless nights spent at his house as my parents played cards all night. Never a dull moment. He will be missed deeply. Lots of love from the Brooks family. Hats off to Corky. Hope he gets to ride the endless skys
Comment Share
Share via:
HS

Posted Apr 15, 2021 at 04:30pm
Don’t have any photos to add but sure love to listen to him tell stories. Such a genuine kind loving man. Never saw him without a smile. Corky was loved by many and will be missed by us all.
Prayers to the family for healing. So sorry for your loss.
Comment Share
Share via: 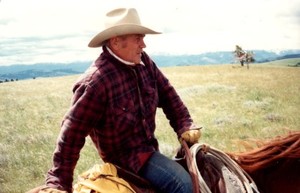 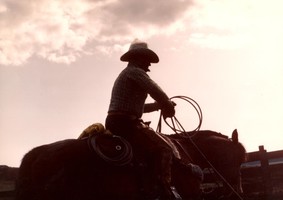