To share your memory on the wall of Robert Goldsberry, sign in using one of the following options:

Robert was born April 24th, 1943 to Albert and Elnora Goldsberry of B... Read More
Born April 24th,1943 and passed April 10th, 2021 after a long courageous battle with cancer. Graveside services at Bridger Cemetery on Thursday April 15th, 2021 at 1pm

Robert was born April 24th, 1943 to Albert and Elnora Goldsberry of Bridger Mt. Robert grew up in Bridger attending Bridger High School where he met the love of his life, Korki Sandefur. They were married August 17th of 1963 and welcomed their first child Flint Gee Goldsberry on May 25th, 1964. Robert and Korki moved to Billings where he took a job with Montana power company. Where he worked for 42 years. They continued their life in Billings and welcomed their second son Shaun on March 4th, 1970.

Throughout the years Robert experienced several hurtful events that would have crushed most people, but he was strong and never faltered. Dad lived his life to the best he could. He always made sure that his family came first. He would spend countless hours teaching all of us to do the things we wanted to do. Anything from baseball to water skiing. One of the most things he loved was the hunting trips he would take with his brother Tim. Didn't matter if it was a long trip or day trip he enjoyed them all. Dad also enjoyed spending lots of time with his grandchildren ,Vanessa, Bryson, Brandon and Bryar Patch. Dad had several other interests also. He enjoyed riding motorcycles to black powder shooting. All in all, dad was everyone's rock and supporter no matter the situation or circumstances.

He was a wonderful man and let no one dispute that!!! Love you Dad you will be missed.
Read Less

Plant a Tree in Memory of Robert
Plant a tree 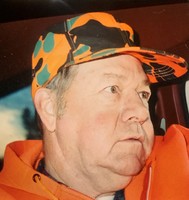