To share your memory on the wall of Albert Racki, sign in using one of the following options:

Print
Albert “Al” Racki, 97 of Laurel passed away on April 3, 2020 at TenderNest, surrounded by
his loving family.

He was born on November 6th 1923 in Klein Montana, the youngest of 10 children.
Albert married Margaret “Mugs... Read More
Albert “Al” Racki, 97 of Laurel passed away on April 3, 2020 at TenderNest, surrounded by
his loving family.

He was born on November 6th 1923 in Klein Montana, the youngest of 10 children.
Albert married Margaret “Mugs” Kelly on May 15th 1948 in Roundup Montana, they were
married nearly 58 years when Mugs passed away in 2006.

Albert joined the Army in April of 1943 and was discharged in November of 1945. Like most
Veterans of WWII, Albert never spoke about the war and it wasn’t until nearly 16 years ago we
learned that he had been at Normandy and the Battle of the Bulge.

Albert was an athlete participating in High School football and basketball but most remarkable
is that he was an outstanding baseball player, playing for the semi-pro team the Roundup
Miners and later when he went to work for Farmers Union Central Exchange he joined
their semi-pro league, Laurel Farmers Union

Albert was scouted by the Chicago Cubs and was invited to their training camp but
he did not go, citing too much travel and in those days professional baseball players did not make much, and as he put it, he considered them bums.

Albert worked at Farmers Union Central Exchange (Cenex, CHS) from 1945 to 1984.
He was an accomplished instrument technician, and when he retired he was asked to
continue to repair those technical instruments at home, but when he retired, that was it.
Albert loved to hunt with Andy, Andrew, Syd and Joe. He loved camping and fishing just as
much, spending countless summers on the East Boulder River. He tied flies by the thousands and gave most of them away to friends and family.

His passion or perhaps obsession was restoring his beloved Model A Fords. Only one of the 7 Model A’s that he restored was bought complete, all the others were built from the ground
up. He did everything on those cars from rebuilding the engines, transmissions, axels, body
work, painting and he even sewed the upholstery. The only thing that was sent out were the bumpers to be chromed.

Albert entered memory care on January 6th, 2020 and it was a difficult transition for all, then to make things even worse on March 13, 2020 due to the pandemic we were locked out from seeing dad. Visits were via a window and telephone! Albert did not die from Covid19 but it did play a role in his physical and mental decline due to loneliness and isolation from family.

In lieu of flowers please donate to the charity of your choice.

A funeral Mass will be held on Friday April 16th at 10:00 am at St. Thomas the Apostle Church, 2055 Woody Dr, Billings (masks are required in church), with Military Honors at the Laurel Cemetery. A luncheon will be held at the Union Hall 1009 E 6th Street following the Military Honors.
Read Less

Posted Apr 13, 2021 at 02:27pm
With love and fond memories of our Uncle Albert. Love, Terrie,Craig, Kelsie and Riley Kilber

3 trees were planted in the memory of Albert Racki

Posted Apr 16, 2021 at 08:53am
Albert was a ledgend from Klein Montana. One of a kind. We'll miss you Albert. Hope you and the boys are playing ball together again. 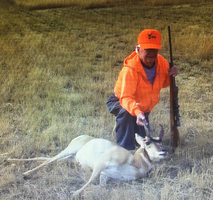 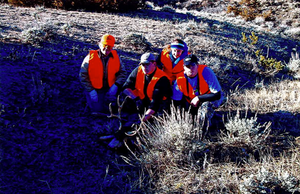 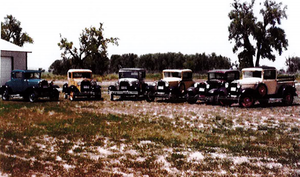