To share your memory on the wall of Josephine Mendenhall, sign in using one of the following options:

Josephine, a longtime resident of Absarokee, was born October 13, 1929 in Sheridan, Wyoming, one of three daughters born to Grover and Mary (Gibbons) Harris. She spent her younger years in Lodge Grass, MT on the family's ranch. The Harris Family purchased and ran several other ranches over the years before settling in Absarokee.

On January 2, 1949, Josephine married James R. Mendenhall. Together they had three children. Robert Mendenhall was firstborn in 1950, followed by Richard Mendenhall in 1952, and in 1969 they were surprised with a daughter they named Tina Louise (stillborn).
Jim and Josephine ranched on the original Mendenhall Homestead in the Stillwater valley until Jim's untimely death in 1978. In 1972 Josephine started working at the post office in Absarokee. You would be hard-pressed to find a soul in Absarokee that didn’t know who she was. She later became the postmaster in Roscoe, retiring from that position in 1999 at the age of 70.

Jo had many longtime friendships; to write about them all would take a lifetime. One friendship in particular spanned decades between Norm Bjorndal and Jo. They could often be seen on their evening drives into the country doing a solid 30 mph below the speed limit as they enjoyed the countryside they grew up in. Norm passed away in 2015.

No services will be held per her request. There will be a luncheon held at the Cowboy Bar in Fishtail on Saturday, April 10th, 2021 at 1 P.M. to remember Josephine. A special thank you to Shipps Assisted Living for caring for our Mother in her final years with such care and compassion. We would also like to thank Riverstone Hospice and nurse Heidi for keeping her comfortable in her final days. Until we meet again, farewell.

In lieu of flowers, please make donations to the Vocational Advisory Council or the Museum of the Beartooth’s.
Read Less

We encourage you to share your most beloved memories of Josephine here, so that the family and other loved ones can always see it. You can upload cherished photographs, or share your favorite stories, and can even comment on those shared by others.

Plant a Tree in Memory of Josephine
Plant a tree 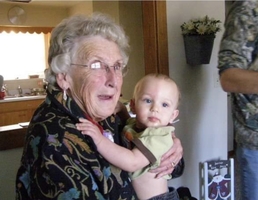 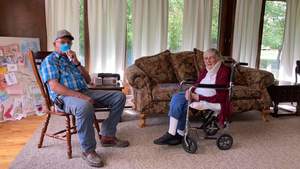 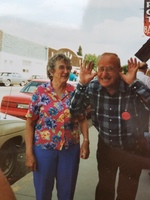