To share your memory on the wall of Doris Parker, sign in using one of the following options:

Doris attended grade school by her grandfather’s farm near Acton. She was among the first graduating class from Senior High School in Billings. Doris then graduated from Montana State Normal School in Billings (MSU Billings), with her elementary teaching certificate to begin her career at nineteen. Sister Jean was one of her students while teaching at Duck Creek.

Doris married Russell Doom December 27, 1941. LaVonne was born in Washington October 6, 1942. The family returned to Montana where Walter was born on March 7, 1945. Doris continued teaching at many different schools around Montana including Silesia, Laurel, and Edgar. While teaching in Edgar, she met and married Jack Parker. They worked in Baker, then settled in Belgrade. Doris enjoyed her retirement---meeting with her Thursday evening “tea” group; traveling with her sister to Ireland, Scotland, Australia and Alaska; going to the NFR and PBR; attending numerous family gathering; and mostly spreading joy wherever she was.

To plant a memorial tree in honor of Doris Parker, please visit our Heartfelt Sympathies Store.

We encourage you to share your most beloved memories of Doris here, so that the family and other loved ones can always see it. You can upload cherished photographs, or share your favorite stories, and can even comment on those shared by others.

Posted Apr 09, 2021 at 03:36pm
Doris and her sister Jean were always among my favorite cousins. Doris was always full of the kind of energy that was inspiring. She made the times when you could get together a special occasion. Her spirit reflected by the numerous locations where she taught and visited always made her an exceptionally interesting and informed member of the family. Whenever we would get together she would make you feel like you were the only person in the room. She was an excellent teacher being the kind that the profession needs more of. Doris will be missed however she is now in good company that I'm sure will appreciate her as much as we have. My condolences to the family and her friends. 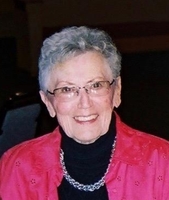