To share your memory on the wall of Michael Doyle, sign in using one of the following options:

Mike was born to Michael John Doyle and Peggy O’Keefe Doyle on May 22nd,1986 in Casper, Wyoming. His earliest years were spent in Marysville, Wash... Read More
Michael Hennesy Doyle passed away at the age of 34 in Billings, MT on March 20th, 2021.

Mike was born to Michael John Doyle and Peggy O’Keefe Doyle on May 22nd,1986 in Casper, Wyoming. His earliest years were spent in Marysville, Washington, where he transitioned from an only child to an older brother, welcoming his sister, Meghan, and brother, Steven.

Mike and Brittney married in Bozeman, MT on August 21, 2010. Shortly after, they moved to Williston, North Dakota, where Mike worked as a Field Specialist at Schlumberger. It was there that they welcomed their first daughter, Daisy Ann. Their second daughter, Lily Mae, was born in the summer of 2015 to round out the family. Wanting more family time together, Mike took a job in Laurel, MT and the family purchased a home nearby in Bridger, MT in 2017.

Mike was extremely intelligent and quick to learn new skills. He was a jack of all trades, working in several industries throughout his adulthood including landscaping, construction, oil, and gas. Most recently, Mike worked as a Process Operator at CHS Refinery in Laurel, MT. He took pride in what he did, and he worked hard to provide for his family.

Brittney and the girls were Mike’s world. He was a proud father and he adored watching the girls grow. When he wasn’t cooking for his Princesses , Mike could be found guiding them on the ski hill or adventuring with them in the great outdoors. He was the life of the party. When he smiled and laughed it was so contagious. He looked forward to Clint’s cabin in the summertime and enjoying a good cigar in the evenings with his Dad. Mike was proudly 7 months sober of alcohol before his passing.

In lieu of flowers, donations can be made to support the Mike Doyle Memorial Fund at https://gofund.me/255a89a9

We encourage you to share your most beloved memories of Michael here, so that the family and other loved ones can always see it. You can upload cherished photographs, or share your favorite stories, and can even comment on those shared by others.

Posted Apr 06, 2021 at 02:09pm
Go rest high on that mountain Michael. For all of the Doyles - please know that the Bowron family is grieving with you and praying for you. I will always cherish the memory I have of seeing Michael and his Dad catching and throwing the football with me and some neighborhood kids, on the street in front of the Doyle house in Riverton, WYO. His smile was as wide as a Wyoming sunset, and as bright as a Montana dawn.
God Bless and be with all of you now, on April 10, and for all the days to come.
Les Bowron, Nashville TN
Comment Share
Share via:
RH

Posted Apr 06, 2021 at 01:55pm
One memory that my wife Deb and I have of Michael was when we visited them in Seattle way back when. We had no children yet so it was a shock to visit a family that had a young boisterous boy in the house! I can still remember Michael sitting in a little chair that I think had wheels on it eating breakfast like it was his last meal! He was a beautiful soul full of energy and was a boy through and through. Deb and I just sat back and took it all in and I remember saying to myself, it takes a special person to have kids! But Michael couldn’t have had better parents. We love Mike and Peg dearly and are so deeply sorry. Wish we could have known Michael better. Our hope is that we all keep him alive in our thoughts and memories and be glad he was with us for a while.

Posted Apr 06, 2021 at 12:48pm
Wishing blessings and love to surround the Doyle family and all of the people Michael influenced. Deb and I offer our deepest condolences. 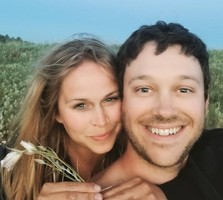 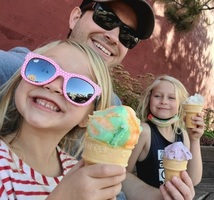