To share your memory on the wall of Dirk Arnold, sign in using one of the following options:

We encourage you to share your most beloved memories of Dirk here, so that the family and other loved ones can always see it. You can upload cherished photographs, or share your favorite stories, and can even comment on those shared by others.

Posted Apr 06, 2021 at 08:07pm
To Erma and all of the family ...We want to send our love and deepest condolences . I pray that your faith will help you as you mourn the loss of Dirk. You have all been in our prayers and we will continue to pray for strength and comfort for you, Sending our love, Bonnie and Dan and Dieffenbacher and family
Comment Share
Share via: 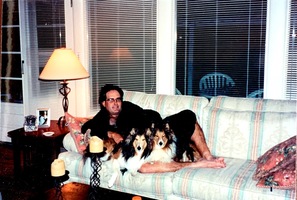