To share your memory on the wall of Monte Steffan, sign in using one of the following options:

Print
“Unable are the loved to die, for love is immortality...” -Emily Dickinson

Monte Joe Steffan of Bridger died peacefully on March 27, 2021 at the age of eighty-eight years. Monte is survived by his wife of sixty-four years, Judy (... Read More
“Unable are the loved to die, for love is immortality...” -Emily Dickinson

Monte Joe Steffan of Bridger died peacefully on March 27, 2021 at the age of eighty-eight years. Monte is survived by his wife of sixty-four years, Judy (Price) Steffan. Monte met Judy during high school and courted her during his four years in the Navy. The two were married at Bridger Methodist Church on February 16, 1957. He said this was ideal because he only had to be good for one week to hit Judy’s birthday, their anniversary, and Valentine’s day! Just like his jokes, his one-liner additions to greeting cards were way better than anything already printed so that, too, worked in his favor. Although it took time to win them over, he was truly loved by her parents, George and Mary Price, his sister-in-law, Joan Wogoman, and several nieces and nephews.

Monte is survived by his daughter and son-in-law, Becky and David Robertus of Laurel,
his son and farming partner of forty years, Roger Steffan of Bridger, and his daughter, Beth Ann Steffan of Columbus. Starting with Monte’s folks, Steffans have farmed in Clarks Fork Valley since 1903 raising sugar beets in early years, but primarily pinto beans and malting barley. He helped Roger by sharing equipment for his own farm and knew that the only way he would willingly “retire” was if it were Roger who bought the homeplace. He said that he was happiest in a tractor and that farming was not only his choice of work but also his hobby. Although a farmer not a rancher, Mont enjoyed having a few Black Baldy cows. Helping Becky and David with their feedlot was something he wanted to do not only because he thought the world of them both, but because Becky would feed him. Even with this last hardship, he knew it would be okay because we would love and protect our mom.

Our dad made his love for his kids very clear, but his grandchildren and great-grandchildren were truly a source of joy and pride to him and Judy. Monte had three grandchildren, Amy (Jim) Goltz of Bridger, Ben (Melissa) Robertus of Park City, and Tyler Steffan of Bozeman. O’Papa - a name earned for doing or saying something silly - would often get into trouble from Granny for teaching them something ornery or driving crazy on the four-wheeler. He also liked to tell people about his six great grandchildren, Chance, Mya, and Gage Goltz, Abigail, Winston, and Raymond Robertus, and their many adventures and accomplishments.

Monte was the fourth child of eleven born to Mike and Rose (Kohler) Steffan, and his family was far and away the most precious aspect of Monte’s life. Years of working hard so they could head into town, throwing horseshoes, and playing Pitch created a family that knew how to have fun! With a large family, many beloved members have already gone on to Heaven, and for this family, the very idea of everybody getting together when their own times come eases our heartache and can actually make us smile picturing it. Our lives will never be the same without you here, but we know that you are happy and safe. It’s also nice to know that he is helping us still just as he has done all these years on Earth.

Church service is scheduled for 2:00 on Monday, April 5th, at Bridger Methodist Church with interment at Belfry Cemetery. A coffee and dessert reception will follow back at the church. The family would like to thank the medical teams at Veterans Administration Clinic and Saint Vincent Health Care. Although the past week was unexpected, Monte met every health challenge with his usual life approach of dogged dedication to overcome problems and come back stronger and smarter. Friends and family may be at peace knowing he loved you and was your true friend.
Read Less

We encourage you to share your most beloved memories of Monte here, so that the family and other loved ones can always see it. You can upload cherished photographs, or share your favorite stories, and can even comment on those shared by others.

Posted Apr 03, 2021 at 12:36pm
When someone you love dies, you never get over it. You just slowly get through the day. But you always keep them tucked softly in your heart.

Our hearts are with you at this difficult time. Knowing that Monte is in God’s loving arms after a life well lived is a comfort for us all. We send our love to each of you. God Bless you all.
Comment Share
Share via: 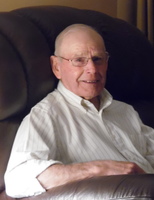