To share your memory on the wall of Teresa Prins, sign in using one of the following options:

Teresa was born on April 12th, 1960 in Billings, Montana. She was the 3rd child of Maris and Louie Bauwens. Life on the farm was busy but Teresa always found time to get into trouble with the brothers. Rick apparently whacked her in ... Read More
Mom

Teresa was born on April 12th, 1960 in Billings, Montana. She was the 3rd child of Maris and Louie Bauwens. Life on the farm was busy but Teresa always found time to get into trouble with the brothers. Rick apparently whacked her in the face a couple of times with a baseball bat but she just kept on going. In high school some of her proudest achievements were showing steers at 4-H. Grandma says they were all “pretty good kids”.
She graduated high school in 1978 and began working for Montana Power Company. Along the way she was married to Wade Stewart and had her only son Christopher on October, 4th 1986 in Lewistown, MT. Marriage can be challenging and they were divorced after a couple of years. Life for Teresa however was always moving forward.
She began driving school bus in Lewistown and fell in love with a mechanic named Mark. They were married in August of 1996. Mark brought his only son Kurt and they began their life together. Due to job opportunities and the search for more, the family moved to Spencer, WI in 1997. There Mark continued as a mechanic and Teresa ultimately landed in a cheese factory. Once the boys graduated high school and were safely off to college, Mark and Teresa returned home to Montana. They settled in Laurel and had a beautiful home.
Teresa was unfortunately diagnosed with a lethal form of brain cancer called glioblastoma in February 2020. She fought and battled with determination for 13 long months but ultimately passed away surrounded by her family at home on March 25th, 2021.
Teresa will be remembered for her hard work, determination and never-one-to-complain attitude. No matter what the situation was, she did everything in her power to make sure things were taken care of. She often worked multiple jobs to make sure her family was well provided for. Her house was always in order and she could often be found with Jason Aldean blaring on the stereo while cleaning. As a mother she preached discipline and hard-work ethic. She never let her son Christopher stray too far from the right path and was very proud of him becoming a physician.
Teresa enjoyed sewing and crocheting. She was someone who could never sit still and in fact if she was ever actually sitting, she would be crocheting. She made more afghans than you could count! As she became more ill, she continued to crochet all the way until she was physically unable to do so. She even crocheted and donated winter hats to the cancer center in Billings.
Teresa is preceded in death by her father Louie and her brothers Ken, Rick, and Tim. She is survived by her mother Maris, sister Tina, her husband Mark, her step-son Kurt and her son Christopher. She will always be remembered for her steadfast, humble, and positive spirit. She will forever be missed.
Read Less

We have provided a digital copy (PDF) of the Memorial Program that we supply at the time of the service. To Download this file please click the filename below.

We encourage you to share your most beloved memories of Teresa here, so that the family and other loved ones can always see it. You can upload cherished photographs, or share your favorite stories, and can even comment on those shared by others.

Posted Mar 29, 2021 at 01:27am
I am so sorry to hear of Teresa's illness and passing. She was a fun loving H.S. friend and I will remember her always.
My sincere sympathy goes out to all of Teresa's family and friends.
May God bless you all ~
Deanna Ness Hayden
Comment Share
Share via: 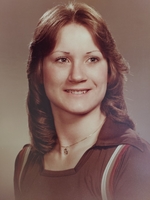 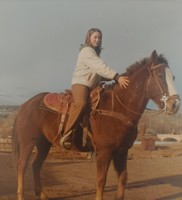 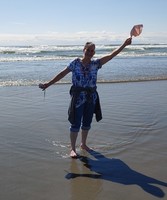