To share your memory on the wall of Frances Kraft, sign in using one of the following options:

We encourage you to share your most beloved memories of Frances here, so that the family and other loved ones can always see it. You can upload cherished photographs, or share your favorite stories, and can even comment on those shared by others.

Posted Mar 26, 2021 at 12:46pm
I married into Frances' family, but from the first time I met Aunt Frances, she NEVER forgot me. No matter where she was or how long it had been since I had seen her, she always had kind words to say to me and questions to ask about Cheyenne and Janie. There will be a large gap in your family, but her love will get you through this time. Prayers to all of the Kraft and Thatcher families that will feel this loss. May the great memories keep Aunt Frances alive in each of every one of your hearts. 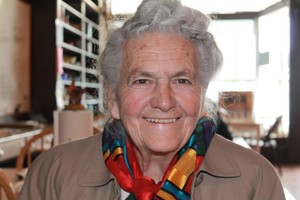