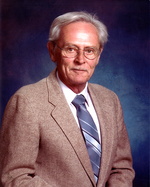 Don was born August 8th, 1943, in New Haven (Yale University) Hospital, Connecticut. He lived in Milford, Connecticut, until he was 12. He then moved to Litchfield, Connecticut, where he lived until he joined the Navy on his 18th birthday. While in the Navy, he was stationed at the Navy photo center in Washington, D.C. and then Midway Island.
Following his discharge from the Navy, he moved to Red Lodge, Montana, before continuing on to Billings, Montana, to work in photo processing. He designed and built American laboratories, a professional photographers processing plant. He eventually moved on to selling large farm equipment for Aeroquip Corp. as a district manager for the Northwest region.
He always tested his own limits and believed nothing was impossible. He loved the outdoors, hunting, and fishing with his family and friends. He loved his guns and making custom stocks and rifles. He definitely had his nine lives, just like a cat. He always put his life in the hands of the Lord and gave Him all glory.
He was a member of the Al Bedoo Oriental Band and loved the camaraderie. He was a life member of the VFW and American Legion. He is preceded in death by his parents and brother Robert. He is survived by his stepmother Delores Hurd, sisters Carol (Hurd) Goslee (Connecticut), Robin Hurd (Georgia), half-sister Susan Schoultz (Colorado), cousin John Hurd (Diane) (Billings), children Heather Lange (Billings), Don Hurd (Dodi Hurd) (Billings), Jennifer Hoffman (Mychal Hoffman) (Billings), German son Reimar Oelte (Nicola) (Germany), grandchildren Alayna Hurd, Payton Hoffman, and Mason Hoffman, all of Billings. Numerous family and friends, too many to list.
A celebration of life will be held March 4th at 12:30pm, Smith Funeral Chapel West, 304 34th Street West 59102, burial at Yellowstone National Cemetery 55 Buffalo Trail Rd., 2pm.