To share your memory on the wall of Gene Amestoy, sign in using one of the following options:

Print
On February 16, 2021, Gene Bernard Amestoy walked peacefully into the arms of the
Father, surrounded by those who loved him most. He was 69 years old.

Gene was born to Paul and Corrine Amestoy on July 14, 1951 in Sidney, Montana. T... Read More
On February 16, 2021, Gene Bernard Amestoy walked peacefully into the arms of the
Father, surrounded by those who loved him most. He was 69 years old.

Gene was born to Paul and Corrine Amestoy on July 14, 1951 in Sidney, Montana. The
youngest of four siblings, he grew up on the family farm, nestled among the rolling plains of
Eastern Montana. During long summers throughout high school, he and his cousin, Gary
Amestoy, worked as farmhands for Joe Irigoin, a family friend, to save up money so Gene could
attend automotive school – he always loved motorcycles and working with his hands.

In 1969, he moved to Billings to attend auto school. Soon after, in 1971, he met Pattie
McCleary, and the pair struck a lifelong spark. They married in September 1973 and had three
children: Brian Paul, Brent and Lyndsey. The pair raised their kids in a little blue house at the
end of Laurel’s 8th Avenue, where Gene often worked in the garage, shaping wood into planters,
mirror hangings, sleds and other creations that enriched the lives of his family and friends. His
work often displayed alongside Pattie’s wheat weavings at local craft shows.

He pursued a love of woodworking in his career, doing finishing work at Boise Cascade,
a prefabricated homes company in Laurel. When the business closed in 1983, he continued on
working with cabinets at Kober Homes until he was no longer able.
Doctors diagnosed Gene with Multiple Sclerosis in 1983, an illness that would alter the
course of his life. Though the disease was not kind to him, Gene persevered, setting an example
of strength for his kids and grandkids that they will never forget.

Gene moved back to Billings in 1997 and lived independently until 2014. His grandkids
fondly remember trips to his apartment on the West End. Grandpa would let them play with the
remote on his electric recliner and ride with him in his motorized wheelchair. If they were good,
he’d even let them steer and honk the “horn,” much to their delight. When Gene adopted a black
cat from the animal shelter, his grandkids were happy to welcome “Kirby” into the family – even
though Grandpa insisted his name was “Bud.” Through his years in the apartment, one couldn’t
help but notice the license plate hanging above his window. It read: “Still Me.”

In 2014, Gene moved into the Bella Terra nursing facility, where he lived until his final
days. He enjoyed visits from his family and friends, and made many outings for holidays and
birthdays. His favorite was going out to eat. On Sundays, Gene could often be found attending
mass with Pattie before the two would cruise down to the casino in his chair for a round of Keno
and a few Bud Lights. Staff at Bella Terra had to slow his chair down – he always had a need for
speed.

“Papa” loved visits from his two youngest grandkids, whom he would load up with
Cheetos and cookies, taking them for rides through the halls and showing them off to the other
residents. Gene made many friendships at Bella Terra, from residents to staff, infecting all who
saw his smile and heard his laugh with joy.

On the afternoon of February 16, 2021, Gene passed peacefully into eternal life with
Pattie and his kids around him in that little blue house they shared for many years.
Gene is preceded in death by his parents, Paul and Corrine Amestoy. He is survived by
Pattie Amestoy, his children Brian (Christine) Amestoy, Brent (Teresa) Amestoy and Lyndsey
(Max) Archila, grandchildren Austin, Alex, Thomas, Makayla, Mallory, Ethen, Piper and Luca,
his sisters Rita (Glen) Seavy and Linda (Jim) Simonsen, his brother Ron (Peg) Amestoy, and
many cousins, nieces and nephews.

The family would like to thank Stillwater Hospice for quickly getting Gene home and
making him comfortable in his final days. They would also like to thank the staff at Bella Terra
for always doing their best to make Gene feel at home.

A celebration of Gene’s life will be held on Friday, February 26 at 1 p.m. at Smith
Funeral Chapel in Laurel. Interment will follow at the Laurel Cemetery, with a reception held
afterward at the Palace Bar and Lanes. In lieu of flowers, the family requests donations be made
to the National Multiple Sclerosis Society.
Read Less

To plant a memorial tree in honor of Gene B Amestoy, please visit our Heartfelt Sympathies Store.

We encourage you to share your most beloved memories of Gene here, so that the family and other loved ones can always see it. You can upload cherished photographs, or share your favorite stories, and can even comment on those shared by others.

Posted Feb 23, 2021 at 02:50pm
Sorry for your lose. He was a good friend. We got to know each other when he attended the MS support group group my wife attended. He will be sorely missed.
Comment Share
Share via: 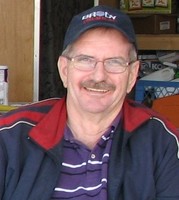 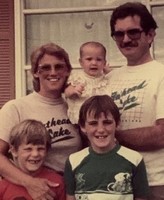 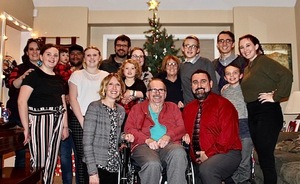