To share your memory on the wall of Albert Litle, sign in using one of the following options:

There are no events scheduled. You can still show your support by sending flowers directly to the family, or planting a memorial tree in memory of Albert R. Litle.
Plant a Tree

Posted Feb 18, 2021 at 09:11pm
We are very sorry to hear of Al’s passing. I have a lot of found memories of him. Our family would like to express our deepest condolences. My he Rest In Peace.
Comment Share
Share via:
KB

Posted Feb 18, 2021 at 04:38pm
Diana, Jim, Bob and Ed I am sorry to hear of your father’s passing. I fondly remember your family and our many adventures. I also remember working at the wholesale during the summer AND learning to make cookies and cinnamon rolls with your Mom. In fact, I just made ‘Mrs. Litle’s’ cookies last week with my 2 year old grandson. Oh, and the thoughtful Christmas fruit baskets, which contained tangelos, which I loved and had never seen before.
The obituary highlighted things about Albert’s time in the service, that I was never aware of. He was a strong figure that I fondly remember from my youth.
Thinking of you. Karen Bailey-Romanko
Comment Share
Share via:

Posted Feb 18, 2021 at 02:04pm
Jim, Bob, Diana and Ed: I was sorry to read in this morning's Billings Gazette of your father's passing. I remember him well from my family's many trips to Litle Grocery and attendance at the Methodist Church. I fondly recall Nellie, too. Of course, the Litle kids and the Pickett kids were sprinkled in various grades together in Bozeman schools.
Your obituary taught me many more interesting things about your father, including his service in Patton's 10th Armored Division in the Battle of the Bulge (wow!) and work on the Honor Flights. What stories he must have told you.
I'm always sad when we lose one more of the folks who made the "Old Bozeman" so wonderful. Thinking of you, Mary Pickett Parker
Comment Share
Share via: 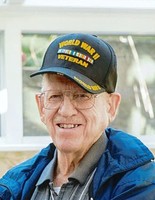