To share your memory on the wall of Alvah Gee, sign in using one of the following options:

Al’s family lived on Montana Street in Gooding & he reminisced that when he was a kid, he loved to make model airplanes, go fishing with his dad, ride his 1 cylinder 4 stroke Whizzer bike (that he paid for by earning money mowing lawns), & loved to tinker & work on things in the large garage by the house that his father used for his gunsmith business. Al who took after his father & his grandfather (who was a patented inventor) worked on all sorts of things in the garage & learned things like gunsmithing & mechanics. He would continue to create & build many things throughout his lifetime.

He attended school in Gooding Idaho until 1956 when he was about 17 years old. That year his mother passed away & his father passed away the following year in 1957. Al came to live at Roberts, MT with his Uncle Harold Bohnert & Aunt Mabel (Plowman) Bohnert & family on their farm & he continued school in Roberts.

After school, Al became a Marine in the United States Marine Corps on June 20, 1957 and was part of the 1st Force Reconnaissance Co. for 4 years. Among medals he earned were Sharpshooter & Expert Shooter (500 yards hit bullseyes). He spent time in Hawaii, Guam & the Philippines & also California during his service. In the Philippines he guarded an atomic bomb and a torpedo base. He talked about the local wildlife like pythons, coconut bugs & monkeys. In his free time Al, with his Marine buddy Pete, sometimes enjoyed beachcombing & this included finding sea rations that had washed up on the beach. He was a very good swimmer & he loved to go skin diving. He told stories of razor-sharp corals, stinging jellyfish & of other amazing sea creatures he saw. He talked of successfully catching a mess of fish with a spear gun that he had made himself & these he gave to the lifeguard on duty at the beach.

Al met Florence Claire Jensen in 1956 on Shane Creek Road when he stopped to get water at her sister Ellen (Jensen) Rader’s house where she was visiting. They began dating & wrote letters back and forth when Al was overseas & they got engaged when Al was back in the states & stationed in California. Al married Florence, the love of his life, at St. James Lutheran Church in Columbus, MT on November 15, 1959. Even with the Montana blizzard at the time, they packed up their Ford Fairlane with their belongings and made their way to Southern California where Al would finish his last 2 years in the Marines at Camp Pendleton near Oceanside. Their first home was one of many tiny silver trailers on the Marine base and during the winter they would spray fake snow on the windows so it would feel more like the weather back home. While being in California they enjoyed their time in the sun, on the beach & making visits to Disneyland. In his last year while being in the Marines some of Al’s responsibilities were chauffeuring the general, making sure that vehicle was in tip-top shape & he was also in motor transport.

After leaving California in 1961, the couple lived in Billings for about a year & then in 1962 Al & Florence purchased the 100-acre ranch on Shane Creek Road where Florence’s father & family had lived. Here the couple completely remodeled the home that was on the property. They had many different animals through the years including sheep, cattle, pigs, horses, chickens, rabbits, cats & dogs. Al swathed & baled the hayfields on the place to feed their stock. He was always handy at fixing up his own machinery & would make his own parts most of the time if needed.

When first in Billings, Al worked at the vegetable cannery where he worked on the can labeling crew labeling cans of corn. He was laid off after 2 months & two days later began work at Midland Feed in Billings where he was a millwright. His job included mixing feed, running pellets, making feed blocks, sewing bags up in the sewing room, & stacking bags on pallets. Al worked at Midland for 7 years and in 1968 he got a job closer to home in Columbus at Timberweld Manufacturing, a company that manufactured laminated beams. At Timberweld he first began running the hot-press machine & then for the rest of his time there worked as an electrician & in maintenance. He & co-worker, Delmar Hughes, re-wired the whole building bringing it up to code & this included making up the schematics for it. The manufacturing of these beams was a process that needed many different machines for the different steps & Al (& co-worker Harry Kientz) either re-furbished older machines or would build them completely from scratch. Co-workers & management of Al’s say that he did an exceptional job & was instrumental in creating and updating the manufacturing processes that would work for the building, the budget & also keep the company running. Al retired from Timberweld after 33 years.
In his spare time, Al took a radio & TV repair learning course & became licensed to work on them. He was also asked by many friends, neighbors & family members to fix or work on many different things over the years. It was very rare when Al could not fix something, & he always liked to lend a helping hand.

In 1973 Al & Florence welcomed their daughter Julie Elizabeth into their home & what wonderful parents they were! The three of them had many adventures through the years & made wonderful memories together. Al built Julie a playhouse when she was about 5 that was even wired for electricity. It was built so well that he has been able to enjoy seeing both of his grandsons spend time in this same little house after all these years.
After being married for 51 years in 2010, Florence was diagnosed with terminal cancer. Al was her devoted caregiver until she passed away in the Spring of 2011.

Al was a cancer SURVIVOR! In October of 2015, at the age of 76, Al was diagnosed with Multiple Myeloma cancer, (cancer of the blood/bone marrow). He underwent chemo treatment for one year & then with a happy & thankful smile he rang the Survivor bell at the Billings Clinic Cancer Center after he was deemed as being in full remission in October 2016. Al beat the odds for that type of cancer reoccurring, usually within 1 to 3 years, & up to the day he passed away (a little over 4 years) he was still in full remission.
Al believed very much in God & was known as a very kind, loyal, honest & generous man who always had a kind word & smile for those he met. He was very brave & was always there to give helpful advice & was always very supportive. He was an amazing role model for his family & especially his two grandsons.

Through the years, Al enjoyed many things including: gold panning, metal detecting, boating, fishing, riding motorcycles, & playing chess, Old Maid, or rummy with his oldest grandson, Patrick. He enjoyed keeping a special candy jar on his kitchen counter for the grandkids & Jacob always loved to see what the latest treat grandpa had added to it. Al loved spending time with family, friends & neighbors. He enjoyed going on camping trips with his daughter, son-in-law & grandsons during the summer. Recently he began putting together airplane models like he did when was a kid. He & his grandsons were always cooking up neat projects to dream about & build. He liked to visit & in later years, after Florence had passed away, he enjoyed having lunch at the Stillwater Senior Center where he enjoyed seeing friends & playing bingo there.
Al was preceded in death by his parents; Merrill & Bertha, his sister Mary, & his very missed, dear wife Florence.

He is survived by his daughter Julie Gee-Fouhy (Shane Fouhy) & his grandsons; Patrick Fouhy & Jacob Fouhy, and numerous other relatives & friends who were all very special to him.
The family extends a special thank you to Dr. Jesus Fabregas at the Billings Clinic Cancer Center & all the wonderful nurses & faculty that helped him during his time of treatment, maintenance treatment, & aftercare. They gave Al the gift of many more years with his family & friends who all treasured Al so much!
The family suggests donations in Al’s name to the Stillwater Senior Center that Al enjoyed being a member of so much or any other charity/organization of your choice. (Columbus Senior Center P.O. Box 655 Columbus, MT 59019)

Cremation has taken place & a funeral service will be held later & is tentatively planned for the spring/early summer.

We miss you so much already dad/grandpa, but we take comfort in knowing you & Grandma Florence are together again. We love you!
Read Less

There are no events scheduled. You can still show your support by sending flowers directly to the family, or planting a memorial tree in memory of Alvah Earl Gee.
Plant a Tree

We encourage you to share your most beloved memories of Alvah here, so that the family and other loved ones can always see it. You can upload cherished photographs, or share your favorite stories, and can even comment on those shared by others.

Posted Feb 16, 2021 at 11:22am
What a beautiful tribute to your father and grandfather.
I'm sorry he will be truly missed and was so loved and loved so hard also.
sending you my prayers and continued thoughts for heart healing,
Juliana
Comment Share
Share via:
HG 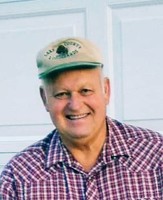