To share your memory on the wall of Raymond Weishaar, sign in using one of the following options:

Ray was born on the family farm and was educated in a rural one room schoolhouse. Dad was a product of The Great Depression.... Read More
Raymond Rudolph Weishaar was born in Elgin, ND to Magdalena (Siewert) and Jacob Weishaar on September 21, 1927.

Ray was born on the family farm and was educated in a rural one room schoolhouse. Dad was a product of The Great Depression. He learned through tough times to be frugal and value family.

He served in the United States Army from 1945-1947. Ray was employed by the Northern Pacific Railroad (later named the BNSF) for 42 years, where he worked as a car inspector.
He married Dorothy Ehrlich on June 20, 1953 in Red Lodge, Montana. To this union was born son, Wayne and daughter, Valerie.

We encourage you to share your most beloved memories of Raymond here, so that the family and other loved ones can always see it. You can upload cherished photographs, or share your favorite stories, and can even comment on those shared by others.

Posted Jan 15, 2021 at 08:50pm
Dear Wayne & Valerie,
Very sorry to hear of your Dad's passing. Bruce, Elaine, and I enjoyed getting together with Uncle Ray at The Golden Corral in Billings a few times in the past few years. Mom had many fond memories of him and was so thankful to see him one last time in Sheridan before she passed in 2013. I also want to apologize for not making it to the funeral service. We had prior commitments for the 14th and 15th.
Comment Share
Share via: 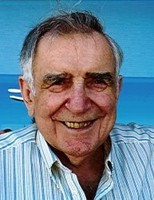