To share your memory on the wall of Allen McMillen, sign in using one of the following options:

Print
Allen William McMillen joined the love of his wife, Sharon McMillen, in heaven on January 5, 2021 after a brief illness.

Allen was born on December 9, 1941 in Big Timber, MT to William John McMillen and Merle Maine McMillen. The family m... Read More
Allen William McMillen joined the love of his wife, Sharon McMillen, in heaven on January 5, 2021 after a brief illness.

Allen was born on December 9, 1941 in Big Timber, MT to William John McMillen and Merle Maine McMillen. The family moved from Big Timber to Park City in 1943. Allen attended Park City Schools, graduating in 1959. After graduation, he joined the Army. Upon completing his Army requirement in 1962, Allen moved home where he met Sharon Neuhardt. They were married on October 13, 1962. From this marriage, they had two children – Deborah Kay McMillen (Miller) and Timothy Allen McMillen.

Allen worked for Caterpillar and Crane Supply Co. before going to work for Moen Faucet Company in 1972. Allen retired from Moen Inc. in March 2001 after 28 years of service. Allen logged over 1 million miles with Moen, driving the states of Montana, Wyoming, Idaho, Utah, North and South Dakota while never having a single accident. Speeding tickets, however, were a different story.

After retirement Allen spent his time with Sharon tending to his livestock and farm until her passing in 2012. Allen’s true pride and joy were his 5 grandkids. He was very proud of them and loved to spend time doing all sorts of activities with them, from hunting and fishing to going to the cattle sale. All of the grandkids looked forward to spending time with grandpa.

Allen was a very active member in several clubs and organizations during his life. He was a member of the Laurel Masonic Lodge, Al Bedoo Shrine, Billings Elks Club and Yellowstone County Sheriff’s Posse. Allen rode with the Shrine Black Horse Patrol until he became active playing cowboy polo. He played polo with his friends and family for over 30 years.

Whether it was work or leisure, Allen touched the lives of many people. Allen never met a stranger. He always had a smile on his face and kind words for anyone who knew him.

Memorials can be made to the Shriner’s Hospital for Children or the charity of one’s choice.
Read Less

We encourage you to share your most beloved memories of Allen here, so that the family and other loved ones can always see it. You can upload cherished photographs, or share your favorite stories, and can even comment on those shared by others.

Plant a Tree in Memory of Allen
Plant a tree 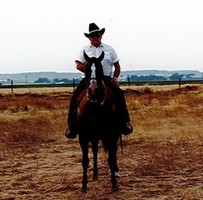 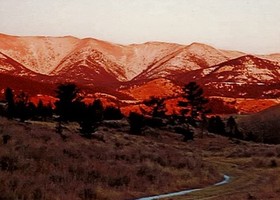