To share your memory on the wall of Loretta Dow, sign in using one of the following options:

Print
After a long battle with illness, Loretta Jean Dow, 81, of Billings came home to her Lord and Savior Jesus Christ on January 2, 2021.

Loretta was born August 19, 1939 in Loveland, CO, to Jacob and Anna Frick. She grew up with, and was v... Read More
After a long battle with illness, Loretta Jean Dow, 81, of Billings came home to her Lord and Savior Jesus Christ on January 2, 2021.

Loretta was born August 19, 1939 in Loveland, CO, to Jacob and Anna Frick. She grew up with, and was very close to, her three siblings: older sister JoAnn and younger brothers Kenneth and Dennis.

Loretta had a strong faith in Jesus. She attended Yellowstone Lutheran Brethren Church and loved watching the sermons of Charles Stanley every Saturday with her neighbor Bill McDaniel.

Being able to help people was very fulfilling to Loretta – from working as a job coach for individuals with disabilities in Algoma, Wisconsin to babysitting her grandchildren Stephen and Joy to sharing homemade Christmas cookies with her friends, family and neighbors. She exemplified the love of Jesus Christ through living a life of service.

Memorial services will be Saturday, June 5, 2021 at 11 a.m. at Smith West Chapel, 304 34th St. W. Condolences may be shared at smithfuneralchapels.com.
Read Less

We encourage you to share your most beloved memories of Loretta here, so that the family and other loved ones can always see it. You can upload cherished photographs, or share your favorite stories, and can even comment on those shared by others.

Plant a Tree in Memory of Loretta
Plant a tree 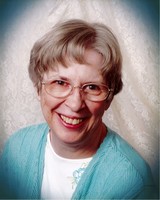