To share your memory on the wall of Wilhelm Ruff, sign in using one of the following options:

Print
Wilhelm (Bill) Richard Ruff, age 77, passed away peacefully in his home on January 4, 2021, surrounded by his loving family.

Bill was born September 7, 1943, in Billings, MT to Victor Ruff and Elisabeth Roemmich Ruff; he was the fourth ... Read More
Wilhelm (Bill) Richard Ruff, age 77, passed away peacefully in his home on January 4, 2021, surrounded by his loving family.

Bill was born September 7, 1943, in Billings, MT to Victor Ruff and Elisabeth Roemmich Ruff; he was the fourth out of six children.

On July 1, 1966 Bill married Helen M. Byrnes. Together they had two children, Raenelle Ruff Hinrichs and Richard Ruff. Bill loved Helen so much that he asked to marry her twice. They renewed their vows on June 28, 2014, for their 48th wedding anniversary.

Helen’s final words to Bill are, “We had a wonderful 54 years together. We raised two great kids. You will be missed. I love you.”

Bill worked for the Billings City Street Department, the Great Western Sugar Factory, Big Sky Linen (1966-2005), and Lockwood Schools (2006-2015). He attended Lockwood Evangelical Church, where he served on the Communion Committee and as a greeter. In his free time, he enjoyed working in his woodshop, yard and garden; riding 4-wheelers with his friends; camping and fishing with his children; watching the sunrises and sunsets with his wife; and caring for his dogs (Pepper, Salt, Cinnamon, and Sally).

Bill’s service will be held at Smiths West Funeral Home on January 8, 2021, at 10 am. Afterward, there will be a small gathering to celebrate Bill’s life. Following the gathering, Bill will be buried at Yellowstone National Cemetery, in Laurel, with full Military Honors. All of Bill’s family is welcome to attend. The family asks that all attendees adhere to Covid19 guidelines (wear your masks please). The service will be available via livestream at the Smith Facebook page, https://www.facebook.com/Smith-Funeral-Chapels-109537754039116/. Condolences for the family may be shared at www.smithfuneralchapels.com.

The family would like to thank Kathy Brown N.P. and the entire team at Stillwater Hospice, who worked tirelessly to make Bill’s final days peaceful. In lieu of flowers, please place a donation in Bill’s name to Stillwater Hospice at 3737 Grand Ave Ste 1, Billings, MT 59102.
Read Less

We encourage you to share your most beloved memories of Wilhelm here, so that the family and other loved ones can always see it. You can upload cherished photographs, or share your favorite stories, and can even comment on those shared by others.

Plant a Tree in Memory of Wilhelm
Plant a tree 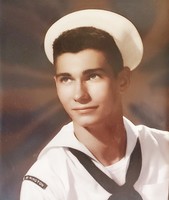 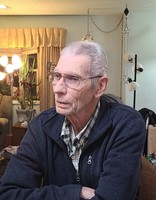 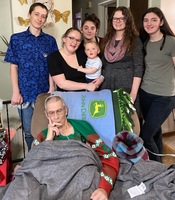 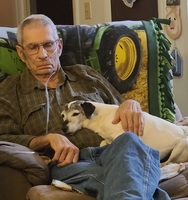