To share your memory on the wall of Johnnie O\'Brien, sign in using one of the following options:

Print
Johnnie O’Brien, Jr. was born on January 9, 1940 to parents John and Ione in Hardin, Montana. He passed away January 2, 2021 at The Springs in Billings at the age of 80. He was the third child in the family of eleven children.

Johnnie ... Read More
Johnnie O’Brien, Jr. was born on January 9, 1940 to parents John and Ione in Hardin, Montana. He passed away January 2, 2021 at The Springs in Billings at the age of 80. He was the third child in the family of eleven children.

Johnnie worked as a ranch hand for most of his life, beginning breaking horses with his brother Danny in their teens. He was a cattle man to his core.

He joined the Army in 1962 and was stationed in Fort Carson, Colorado. It was there that he met his future wife, Julia “Judy” Scholl, who was working as a waitress at a pancake house. When John asked her what was good, she said the strawberry pancakes were her favorite. So, that was what he ordered – even though he was allergic to strawberries. They were married on August 9, 1964 and were together for over 56 years. After their wedding, John and Judy lived in Richland, Nebraska. Son Tim and daughter Janis were born in Nebraska. The family moved to Circle, Montana in 1972, residing first at Weldon and later moving into town. Daughter Suzy was born in Circle.

Dad was always willing to lend a hand, tough as nails, and quick to laugh. I know he remembered those years at Weldon as great times, with a lot of cards and dancing and lifelong friends. The coffee pot was always on, and the phone was always available to anyone driving by. Once we moved into town, coffee with “the guys” was a morning ritual for a lot of years, and I know there were plenty of good times had there. Dad had a joke for every occasion, and a song for everything; he was singing until the end.

Dad loved watching sports, especially his kids’ high school games and events, loading up the “fan van” with friends and heading for games far-flung. He and Suzy watched a lot of Chicago Cubs baseball over the years, and he was always excited when the NDSU Bison were playing football on tv. His trip with Tim to Lincoln, Nebraska, to attend a Huskers football game was a memory worth making.

Grandpa loved spending time with his grandkids – from weekend trips to Billings or North Dakota, to longer trips to Iowa – but the best times were when we all got back to Circle. A full house, a lot of laughs, and always a project or two (get out the graph paper!) The man could fix anything, and Tim was a great helper. Janis and Suzy were willing helpers, if not particularly skillful.

Private services are planned in Circle. Condolences for the family may be shared at www.smithfuneralchapels.com.

Memorials in Johnnie's name may be made to the McCone County Health Center, P.O. Box 48, Circle, MT 59215.
Read Less

Print
Private services to be held in Circle.

We encourage you to share your most beloved memories of Johnnie here, so that the family and other loved ones can always see it. You can upload cherished photographs, or share your favorite stories, and can even comment on those shared by others.

Posted Jan 09, 2021 at 11:59am
Wishing you peace to bring comfort, courage to face the days ahead and loving memories to forever hold in your hearts.

Posted Jan 05, 2021 at 07:56pm
We will always remember your open door policy AND the great care you took of your neighbor, my mother, Barb Lytle! We hope you find some solace in the wonderful memories John left behind! God bless you all! Karen & Bill Forman
Comment Share
Share via:
DW

Posted Jan 05, 2021 at 07:16pm
Our condolences to you, Judy and families. I have so many fond memories of fun times with you and John. You are still some of my favorite people. May those great memories carry you through the days ahead. We were blessed to know John.
Comment Share
Share via:
TL

Posted Jan 05, 2021 at 06:01pm
So so sorry to hear of John’s passing. Living across the street from the wonderful “OB” family was truly a fantastic phase in life that will forever remain in the memories of the Lytle household. John was always supportive of his family, the neighbor”hood” kids, and the community. I can’t remember a dull moment for John and Judy 😏. Our thoughts and prayers to the family and we look forward to the day we meet again. Love you guys, Tim & Deb Lytle.
Comment Share
Share via: 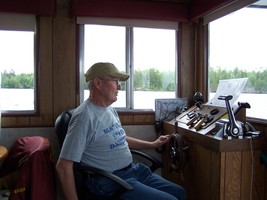 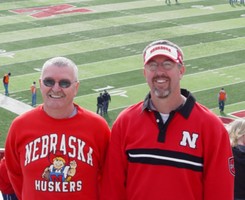