To share your memory on the wall of Gary Skinner, sign in using one of the following options:

Gary graduated from Joliet High School in 1963. Although he was drafted for the war, h... Read More
Gary John Skinner was born on February 3, 1944 in Red Lodge, MT to Charles and Margaret Skinner. Gary gained his angel wings on December 29, 2020.

Gary graduated from Joliet High School in 1963. Although he was drafted for the war, he never served due to a heart condition which developed when he survived Rheumatic Fever as a child. Gary worked as a combine operator in Kansas before working at Fats Gas Station in Joliet. Part of this job was being the tow truck driver. Gary was impacted greatly by some of the things he witnessed during this time and chose to change careers. Gary worked for Holeman Diesel as the Parts Manager for years. When the company changed to Interstate Diesel Gary retired and started G & R Repair. Gary loved doing mechanic work on anything and you could always find him tinkering on something.

Gary had a heart of gold and was truly one of the kindest, most generous humans on earth. Gary never met a stranger and was a friend to all. He would give anyone the shirt off his back if they needed it. The shirt would probably have grease on it due to his constant tinkering, but he’d gladly give it! Gary married the love of his life, Betty Ann Wilm, on December 17, 1967. Whenever he couldn’t find something, he would say it was because his “Bebbie” stole it. Gary and Betty had 3 children.

Gary’s favorite thing in the world was spending time with family, especially helping raise his three grandchildren. He was always making up silly games with them and taking them out for treats after school. He was an avid hunter and fisherman and couldn’t wait to camp at Cooney during the summer. When he wasn’t doing those things, he loved garage saleing and shopping the clearance aisle at Walmart.

Gary is survived by his wife of 53 years, Betty Skinner. His daughter, Roxanne and her husband Ken Roller; His son, Randy Skinner. Grandchildren Chelsea and Devin Roller, and Colbey Skinner. His brother and wife, Stanley and Joan Skinner; his cousin who was more like a sister, Sandy Jean Risvold. His Great Uncle Stan Risvold and brother in law, Rodney Wilm.

Gary was preceded in death by his son, Gary Gene Skinner, his parents, and a favorite uncle, John Risvold. Gary was close to too many family members who have passed on to mention by name.

Gary’s dying wish was that everyone gets the COVID vaccine as he passed from COVID Fibrosis.

Although Gary loved to say, “Don’t tell me what to do” We’re going to tell him. Fly high with the angels and rest in peace knowing you are loved more than words can ever express.

Viewing will be Sunday January 3, 2021 12:00pm-7:00pm at Smith Funeral Chapel on 27th Street. Funeral Services will be Tuesday January 5, 2021 at 10:00am at Smith Funeral Chapel with burial following at Bridger Cemetery. Donations to help the family cover medical/funeral costs can be made to the Gary Skinner Memorial Fund C/O Roxanne Roller at Valley Credit Union.
Read Less

Posted Jan 01, 2021 at 11:28am
My name is Lyle Mydland. Gary was a close friend growing up in Joliet . As kids and teenagers we roamed Rock creek
And the hills surrounding Joliet. He always had a smile and eager to help. Especially with my clunker car. He was a caring son to his parents. We drifted apart after I moved to Wa. I’ll look you up when I get to your resting place now. My son Gary is named after him.
Comment Share
Share via:
B

Posted Dec 31, 2020 at 01:38pm
May you fly high our friend. Prayers of strength to the family left behind. Your kindness and contagious laugh will never be forgotten.
Comment Share
Share via: 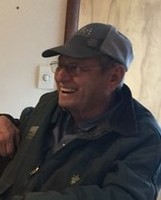