To share your memory on the wall of Julie (Krook) Unger, sign in using one of the following options:

She was a pillar of the Joliet community and could always be found where events were taking place. She had an immense love for volunteering, organizing, and giving a helping hand to all. She is best known for her heart, big enough for everyone that came across her path and open arms ready to embrace all in need with the warmest hug. It was her mission to better everyone around her. She was involved in every aspect of her kids’ lives and dedicated herself to her community. From FFA, 4-H, to every sports team, Julie’s support was felt. She was a Joliet super-fan and was always found in her green and white vest. Her loudest support was felt and heard in the Joliet stands while cheering on her kids. She loved to love on people and her life was a living example of this.

Memorial services will be held at 10:00AM Saturday, January 9 at the Joliet football field. Cremation has taken place. Luncheon to follow at the Joliet Community Center.

Due to Julie’s unyielding dedication to the Carbon County 4-H Council and Joliet FFA / alumni the family asks that memorials be given here in Julie’s name.
Read Less

We encourage you to share your most beloved memories of Julie here, so that the family and other loved ones can always see it. You can upload cherished photographs, or share your favorite stories, and can even comment on those shared by others.

Posted Jan 09, 2021 at 05:07am
Was so saddened to hear of Julie’s passing. my heart goes out to her family during this very difficult time ❤️ Heaven gained a true angel. May you RIP my friend.
Comment Share
Share via:
AD

Posted Jan 08, 2021 at 10:17am
We were saddened to hear about the passing of Julie, missing her warm smile and kind conversations. With Sympathy. Carl, DeeAnn and Adele DeVries
Comment Share
Share via:
LD

Posted Jan 01, 2021 at 06:03pm
No bake cookies will never be the same. The hearing of loud cheering at the games won't be the same. Kisses and hugs from her won't be the same. I'm going to miss her and her love for everybody especially the kindness she showed my family in times of toughness we went through she was always there. Love this family! Prayers and love to the Unger family, especially Shalee! Love you guys! ❤️
Comment Share
Share via:
BD

Posted Dec 31, 2020 at 03:06pm
Our thoughts and prayers are with you all! We are so sorry to hear of Julie's passing. May your many wonderful memories bring you comfort in the days to come!
Comment Share
Share via: 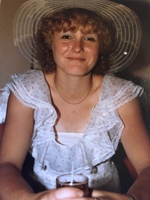 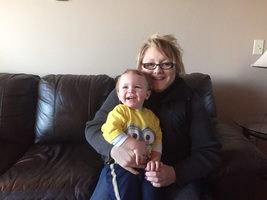 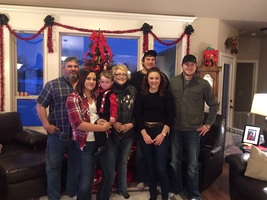