To share your memory on the wall of Gary Race, sign in using one of the following options:

After graduating from Penn State in 1959, he was commissioned as a 2nd Lieutenant in the US Army and served proudly as an Airborne Ranger. He served two tours in Vietnam during his 26 years of service and retired as a Major. He earned the Combat Infantry Badge, Silver Star, 3 Bronze Stars, Purple Heart, Air Medal, 4 Army Commendation Medals, Vietnam Service Medal, 5 Vietnam Campaign Stars, and Vietnam Gallantry Cross Medal.

In 1998, Gary and Joyce moved from Orlando, FL to Roscoe, MT and later to Absarokee, MT. Over the past 22 years, Gary continued service to his community by starting the Absarokee Area Food Bank in 2016, serving as President of the Stillwater Senior Center, and a board member of the Absarokee Community Congregational Church. He was most recently instrumental in creating Absarokee Community Services which included free van transportation for medical appointments.

Gary enjoyed life abundantly and loved to travel with his family to destinations including Hawaii, Alaska, Panama Canal, Australia/New Zealand, and a 28 day cruise to the South Pacific. Just 3 weeks ago, he proudly attended his granddaughter’s wedding in FL and had one last dance with Joyce in his black cowboy hat and boots. He was determined to have a picture taken with the entire Race family which we will all treasure forever.

A memorial service will be planned for summer 2021.
Read Less

Print
Memorial service with military honors to take place in the Summer of 2021.

Plant a Tree in Memory of Gary
Plant a tree 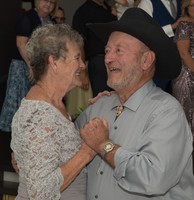 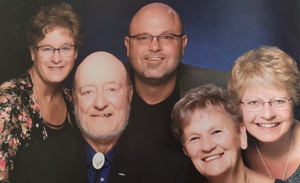 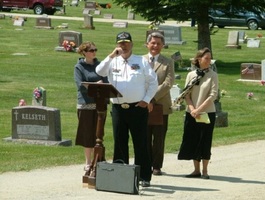