To share your memory on the wall of Donald Weigum, sign in using one of the following options:

Print
Donald D. Weigum (Don), 86, passed away peacefully at home on Saturday, November 21, 2020 surrounded by his partner and best friend and his 3 loving daughters.

He was born August 15, 1934 in Hazen, ND. Don was the son of John and Lydia (Baier) Weigum. He was the third child of six children. The family moved to Montana during his teen years. As a young adult Don worked at the Keating Ranch in Columbus, Mt then moved on to Pierce Packing in Billings Mt. He joined the Marine Corp in October 1953 and returned to Pierce Packing when honorably discharged in October 1956.

Don met Diane E. Brown and they were married on January 12, 1957. They had three daughters Denise, Deborah, and Diana. He enjoyed the outdoors, hunting, fishing, camping, boating, and gardening. He passed his love of hunting and fishing on to his many grandchildren.

Viewing hours are Monday November 30, 2020 from 5 to 7pm and services are scheduled for 2:00 pm on Tuesday, December 1, 2020 at Smith West Funeral Chapel, 304 34th Street West, Billings MT 59102. In lieu of flowers donations in Don’s memory can be made to: The United Cerebral Palsy Association, or Autism Speaks. Condolences may be shared at smithfuneralchapels.com.
Read Less

Posted Nov 30, 2020 at 09:44am
Our thoughts and prayers are with you. We have a Lot of great memories with your dad and the family. 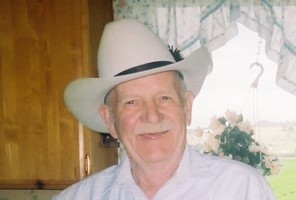