To share your memory on the wall of Riley Hutchens, sign in using one of the following options:

Unfortunately, Riley passed away unexpectedly on November 20th, 2020. He is proceeded in death by his paternal grandparents Jim and Maxine Hutchens, maternal grandparents Chris and Jessie Christenson. He leaves behind his best friend and partner Sean Murphy of Billings, MT, parents Harold and Dorene of Laurel, MT, brothers Melford and Justin Hutchens of Perley, MN, sister Samantha (Corben) Thomas of Jordan, MT, sister Janna Ives of Powell, WY, his nieces Tila and Delainey, nephew Braiden, and his beloved best pal, his dog Navi. Riley also leaves behind his extended family and many friends.

Riley has saved, taught, inspired, and touched the lives of many in his short life. He was a hero. His memory will be loved and cherished by all who knew him. There will be a viewing open to the public on November 24th, 2020 from 1:00pm – 7:00 pm for those who would like to pay their respects. A celebration of his life will be planned for a later date when times are brighter and the weather is warmer.

We encourage you to share your most beloved memories of Riley here, so that the family and other loved ones can always see it. You can upload cherished photographs, or share your favorite stories, and can even comment on those shared by others.

Posted Nov 23, 2020 at 07:10pm
Riley was so much like me I admired him as an old school public servant. I also wanted and became an EMT at 17 and he reminded me that there were still young people out there who were going to be our future leaders. A truly great young man and First Responder I was so affected and saddened by his loss simply because I understood him and admired him. He will be missed .
Comment Share
Share via:
HS 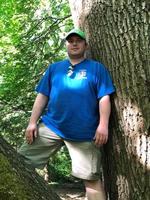