To share your memory on the wall of Lana Moriarity-Ready, sign in using one of the following options:

Lana was married to Douglas “Doug” Ready on October 3, 1982 in Concord, CA. They later moved to Montana and spent time with Lana’s sister and brother-in-law enjoying the local landscape. After Doug passed away in 2006, Lana became a close friend and companion with her neighbor, (Robert) Larry Coons. They traveled together to places like New York City and Australia and enjoyed a glass of scotch on the deck in the evenings and fine food made at home or at local restaurants. Lana enjoyed spending her free time gardening, especially planting and tending to her flowers, and interacting with the wildlife that was abundant around her home.

Lana was preceded in death by her mother, Velma, and father, William, her twin sister, Laura Gill, special friend, Larry Coons, and her beloved dogs Casey and Lucy. She is survived by her brothers Mike (Kathy) and Mark (Nancy) Moriarity and nieces Jessica and Tara as well as Doug’s children and grandchildren. She will be missed by her family, as well as her friends Tawny and Judd Stark, Capri and Walt Musselman, Matt and Kathy Usuriello, and Susan Young and Patty Glen and their families, along with others who have spent time with Lana and cared for her along the way. We would like to thank Big Sky Senior Services, Synergy Home Care, St. Vincent Healthcare, Riverstone Hospice, and St. John’s Wyndstone/Novak Cottage for their care and compassion. In lieu of flowers please consider a donation in Lana’s memory to Rimrock Humane Society or St. Jude’s Children’s Hospital.
Read Less

Print
No services are planned at this time.

We encourage you to share your most beloved memories of Lana here, so that the family and other loved ones can always see it. You can upload cherished photographs, or share your favorite stories, and can even comment on those shared by others.

Plant a Tree in Memory of Lana
Plant a tree 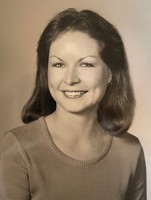