To share your memory on the wall of David Peterson, sign in using one of the following options:

For over 50 years Dave was an active member of Billings Masonic Lodge #113, serving in numerous offices throughout the years and as Worshipful Master in 1973. He dedicated much of his time mentoring young Masons and impressing upon them his strong sense of community service. A lifetime member of the Disabled American Veterans (DAV), Dave served as the Billings Chapter DAV Commander from 1993-94. For many years Dave volunteered to personally drive veterans locally for medical appointments, as well as many trips to the Veterans’ Hospital in Miles City. His focus, as with all things, was to provide a personable and compassionate experience for any veteran that he had the honor to serve.

When Dave was not pursuing his interest in woodworking, coin collecting, reading, playing “glove” with Mickey (his favorite Boston Terrier), cheering for his Boston Red Sox, he enjoyed time with his grandchildren and their many endeavors. For many years, Dave volunteered at Habitat for Humanity and served as their general “fix-it guy”, allowing items destined for the landfill to find new purpose and life. He and Marilyn, always together, logged many happy hours at the Metra and volunteering at the Alberta Bair Theater. They also enjoyed traveling and seeing the sights throughout the United States, as well as a memorable trip to Norway. In more recent years, Dave and Marilyn spent most winters traveling South, landing in many different places, but Panama City Beach, Florida held a special place in their hearts and they returned to the same condo and friends for many seasons.

Dave is survived by his wife Marilyn, their three children, Robin Peterson Smith (Tom) of Billings, Kimberly Rae Rolandson (Greg) of Billings and Dean David Peterson (Kathy) of Burlingame, California. He is also survived by three granddaughters, Elise (John), Allie and Evan (AJ), together with three great-grandsons, Ethan, Liam and Gavin, and a great-granddaughter, Emma. Dave instilled in his children a strong work ethic, strong independent spirit, and the need to care for others through voluntary service. Additionally, Dave’s dry sense of humor continues to live in each of his children.

Our dad’s wishes for a Masonic graveside service will be observed in the future when we all can gather to remember this remarkable, quiet and reserved man. Dave was an avid animal lover, and therefore he requests that in lieu of flowers memorials be made to Help for Homeless Pets (http://www.helpforhomelesspets.org) www.smithfuneralchapels.com.
Read Less

Print
Graveside service with Masonic rights to be held at a future date.

Plant a Tree in Memory of David
Plant a tree 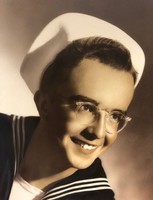 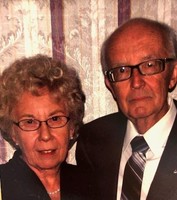