To share your memory on the wall of Thomas Halvorson, sign in using one of the following options:

To plant a memorial tree in honor of Thomas Halvorson, please visit our Heartfelt Sympathies Store.

Posted Nov 08, 2020 at 11:11pm
Linda, Jenny, Ivy and family you are in our thoughts and prayers. Tom will be greatly missed but I believe he is in a much better place now. Please let me know if we can help with anything.
Comment Share
Share via:
KK

Posted Nov 08, 2020 at 06:12pm
Rest In Peace Uncle Tom
We will mourn and miss you. You taught us to drive and ride a horse and we spent many fun summers in Scobey.
Comment Share
Share via:
JF

Posted Nov 08, 2020 at 03:07pm
We are going to miss Tom so much. He has been a wonderful neighbor and friend to us. Living right across the street from Tom and Linda has been a blessing. We have a beautiful view of his manicured lawn and gorgeous flowers. We especially enjoyed his bright begonias and breathtaking hibiscus! He gave us some seeds from his hibiscus plants so hopefully we can get them to grow like he did....but I doubt it....my thumb is not as green as his was!! But we'll try. Love and Prayers, Ken & Jo
Comment Share
Share via: 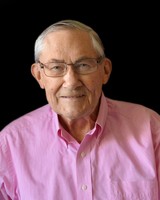