To share your memory on the wall of Lawrence Walter Cellmer, sign in using one of the following options:

Print
Graveside Service is private. A celebration of Lawrence's life will be held in the spring of 2021

We encourage you to share your most beloved memories of Lawrence Walter here, so that the family and other loved ones can always see it. You can upload cherished photographs, or share your favorite stories, and can even comment on those shared by others.

Posted Nov 23, 2020 at 01:28pm
Steven and Mary, a bit late, but heartfelt nevertheless. I am so sorry for the loss of your Dad, Lawrence, once my brother-in-law. I remember both of you well, very young when I went my way. Your Mom and Dad have always been special persons in my mind and heart. Both kind and considerate to me and my heart it big and overflowing with love and hugs for you two, now the "elders" in your family.
I was with Don in our turbulent youthful days and I have grand memories of ALL the Cellmers and am sad to see all of that era gone, although know that St. Peter greeted each of them with open arms.
I wouldn't recognize you grown kids, so I can't say hello on the street or in the grocery store, but know I have you in my mind and heart as wonderful, warm folks.
Love, good wishes and blessings in all you do.
Donna Green Cellmer McKamy
Comment Share
Share via:
M

Posted Nov 12, 2020 at 07:41pm
So many fond memories of the ranch and all the cellmers some great childhood memories I'm so sorry for your loss you are all in my prayers
Comment Share
Share via:
ME

Posted Nov 09, 2020 at 11:53am
Steve, Mary, and families,
sorry about your dad . He and jean were always good to us Erickson boys. your dad will be missed ,I remember well he and Don, Jack Parker, and my dad Harry playing pitch at thanksgiving . now they are all together and saint Peter can ref. the games.
God be with you, Monty and Irene Erickson
Comment Share
Share via:
LW

Posted Nov 09, 2020 at 09:24am
Steve, Mary and families,
Forever your dad will be a part of my childhood. He alway had a smile for me and was such a kind person. Thinking back I see him with your mom dancing at the Echo Inn, laughing at the lake, and drinking beer with a bus driver in Europe. All really good memories. I am so sorry for you all and pray that your special memories of your dad will help heal your hearts.
Comment Share
Share via:
KH

Posted Nov 07, 2020 at 10:33pm
My deepest sympathy to the family. Mr. Cellmer was such a nice gentleman. I truly enjoyed visiting with him when he came to the bank. I will miss him...😢
Comment Share
Share via: 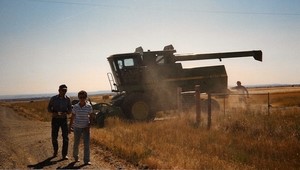 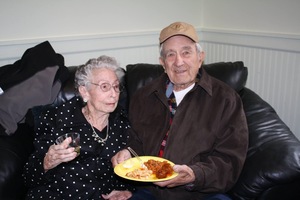 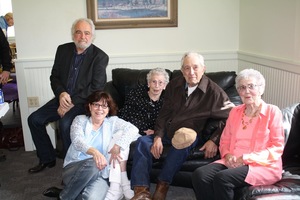