To share your memory on the wall of Florentine Angel, sign in using one of the following options:

Over time, Tom acquired many working skills. Just to list a few, he worked at Shell Oil in Baker MT, owned Angel’s Upholstery in Thermopolis, WY, and finished out the rest of his years as an independent car hauler in Billings, MT until he retired in 2008. During Tom's retirement years, he spent his time working with horses and enjoying his grandchildren. Those who knew him well, knew he was stubborn, a fighter, a father, a Papa, and a friend you could depend on. He was always there when you needed a hand.

Tom's big struggle started in March of 2018, when he lost his right leg to an old war injury. Tom worked hard to gain his independence back and his love of riding horses. Late 2018, Tom joined Horses Spirits Healing, Inc., a veteran equine therapy group, where he attended faithfully every Wednesday before his passing. A few days before his passing, Tom performed his last tribute for his fellow veterans that was conducted by Amanda Ott and crew. Tom was also highly active at Adapted Performance Center, a veteran gym run by Karen Pearson and Mitch Crouse, where he inspired younger veteran warriors every day. Tom pushed through every day until his passing.

Graveside Services will be on Monday at 9:00 AM at the Yellowstone National Cemetery in Laurel but DUE to COVID, guests limited to 50, in which we are asking for family only during the service. Friends are welcome to Stand outside the pavilion grounds or sit in their car during the services. Services will also be available virtually on the Smith Funeral Chapel Facebook page.
Gathering after services for family and friends are set for Monday at noon at the LDS Church pavilion off of Monad.
Read Less

We encourage you to share your most beloved memories of Florentine here, so that the family and other loved ones can always see it. You can upload cherished photographs, or share your favorite stories, and can even comment on those shared by others.

Posted Oct 08, 2020 at 04:52pm
Please accept our most heartfelt sympathies for your loss... Our thoughts are with you and your family during this difficult time.

3 trees were planted in the memory of Florentine Angel

Posted Oct 08, 2020 at 06:29pm
I would talk to Tom once a year when he made arrangements for the harvesting of buffalo. I always enjoyed his company and the discussions we would have about his past and current events. It was a real pleasure and honor to get to know him. My wife, Julie, and I will miss him. 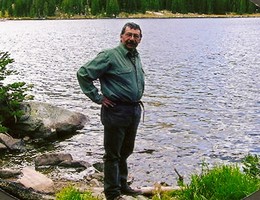 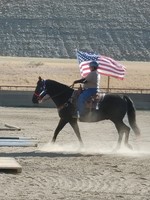