To share your memory on the wall of Edwin Bertino, sign in using one of the following options:

He attended Culbertson schools for 12 years graduating in 1951.

He attended Culbertson schools for 12 years graduating in 1951.

After graduation he started farming with his dad, John, and his uncles Pete and Frank. In 1968 he took over the farm, part of which was homesteaded by his grandpa and grandma. He farmed for 35 years retiring in 1990.

He was in the Army for two years with 18 months stationed in Camp Roeder near Salzburg, Austria as a teletype operator. He was honorably discharged in 1955 earning a Good Conduct Medal.

After retiring from farming he and Faye moved to Billings in 1994. They spent their winters in Sun City West and Apache Junction, AZ.

He enjoyed hunting, fishing, bowling, shuffleboard, computer, traveling, and turning bowls; he made over 90 and gave them to family and friends. He also enjoyed golf getting two holes in one!

Cremation has taken place and no services are planned per his wishes. He will be interred in Hillside Cemetery in Culbertson, MT later. Condolences may be shared at www.smithfuneralchapels.com.
Read Less

We encourage you to share your most beloved memories of Edwin here, so that the family and other loved ones can always see it. You can upload cherished photographs, or share your favorite stories, and can even comment on those shared by others.

Posted Oct 14, 2020 at 08:51pm
Denny and I are so very sad to hear of Bart passing. We enjoyed working with Bart and Faye. Bart always had a smile , no mater what happened. He will be missed. Dennis and Linda Buscher
Comment Share
Share via:
DC

Posted Oct 07, 2020 at 11:58am
So saddened to hear of Bart's passing. Faye, Jeff and Jerry, cherish all those memories. I am pretty sure Dad and Mom welcomed him with open arms! They so enjoyed your friendship and comradery on your adventures in AZ! Blessings to you all.
Darla Card
Comment Share
Share via:
VH 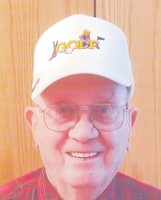