To share your memory on the wall of Louie Stringari, sign in using one of the following options:

In 1943, at the age of 20 he enlisted in the Navy. He served until April 14,1946 upon his discharge . During this time, he served on the NTS Farragut, Idaho, USS Rotanin (AK108), USS LST 494, US Quail AM 377, and PSC USNB, Bremerton, Washington . He served in World War II . He received the Asiatic Pacific Area Campaign Medal (1 star), American Area Campaign Medal, and World War II Victory Medal.

Upon his discharge from the service he did some carpentry work, such as stucco work on houses. After doing this for a couple years he rented a place on Dry Creek where he farmed and raised pigs. In 1966 he bought the place on the river south of Belfry, at the end of Stringari Lane. He farmed wheat, hay, and beans as well as pigs and chickens. In his later years he really took pride in his tomatoes. He had the patience to farm.

Uncle Lou was a simple man. He enjoyed time outdoors fishing and hunting. If you would bring him fish or wild game he would cook it for you. What he really enjoyed was a good cup of coffee and time spent around the table with family and friends. You were only a stranger until he knew your name, and then young or old, you were his friend for life. He loved to share his stories, and he was always interested in what you had to say. He was truly a gentle man and never spoke ill of anyone. The only thing bigger than his hands was his heart.

Uncle Lou never married. The joke is that is why he lived a long life. Over the years he had several dogs that were close companions. He took his role as uncle to heart and was a part of all family functions, especially for Doug and Deb Stringari and their family. Doug and Deb took good care of him over the last several years. He looked forward to his calls and visits with Jeff Sirrine. Another highlight in his life was his visits with Diana and Bob Kalt.

He was a very prayerful man, and spent many hours lifting his family up in prayer. He was our Prayer Warrior.

Thank you for the coffee, the stories, the love , and the prayers. You will be missed, but never forgotten !!

We would like to extend a special thank you to home health, especially Cindy Doke, Madison, Davita, and Nancy Wollard. You made his last days a little brighter.

Rosary will be Tuesday, September 22 at 7:30 at Sacred Heart Catholic Church in Bridger.

Funeral mass will be Wednesday , September 23, at 10:30 am at Sacred Heart Catholic Church. Masks are required at the church.

The reception will be immediately following the burial at the Belfry Multi-Purpose Room. Please use the back door.
Read Less

We encourage you to share your most beloved memories of Louie here, so that the family and other loved ones can always see it. You can upload cherished photographs, or share your favorite stories, and can even comment on those shared by others.

Plant a Tree in Memory of Louie
Plant a tree
0 trees have been planted in memory of Louie Joseph Stringari Jr.
D

Posted Sep 22, 2020 at 02:07pm
Louie will never be forgotten. I was honored to help care for him in his last weeks. He was a very special man. My thoughts and prayers are with you and the rest of the family. Sincerely, Nancy Woolard
Comment Share
Share via: 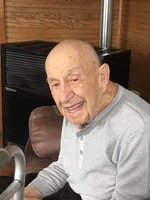 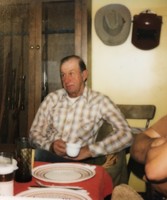 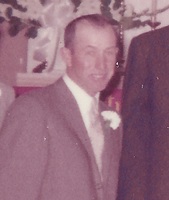