To share your memory on the wall of Douglas Cazier, sign in using one of the following options:

In 1969, Doug, his mother and siblings moved to Billings, Montana. Doug played high school football and graduated from West High in 1971. During his senior year, Doug married his first wife, Cindy Daniels. They share 3 beautiful children, sons Tony and Chad, and daughter Brenda.
After years of friendship, Doug and Sandra Robinson began their life story in 2005. They soon realized their bond was forever and finally married in December of 2012. Doug introduced Sandy to his love of gardening and Sandy introduced Doug to her love of Nascar. They also enjoyed camping, fishing, and spending time with family and friends. Doug was an excellent cook, gardener, and outdoorsman and always willing to share his experiences with others.

Doug was preceded in death by his father; his brother, Duke Cazier; his infant son Chad; his sister, Dorothy Nichols; and his granddaughter, Emma Cazier.
Memorial service will be 11 am, Friday, September 25th at Laurel Smith’s Funeral Chapel with interment at the Laurel City Cemetery. A reception will follow at the Laurel Eagles FOE. Condolences can be shared at www.smithfuneralchapels.com.

The family appreciates the wonderful care Doug received from Frontier Cancer and Riverstone Hospice. In lieu of flowers, please donate to either of these facilities.
Read Less

We encourage you to share your most beloved memories of Douglas here, so that the family and other loved ones can always see it. You can upload cherished photographs, or share your favorite stories, and can even comment on those shared by others.

Posted Sep 20, 2020 at 08:26am
So sorry for your loss. He was such a wonderful person and knowledgeable about lots of things. He was so upbeat about every day. He made lots of good impressions on people and we should enjoy or life like he did. Prayers to his family!
Comment Share
Share via: 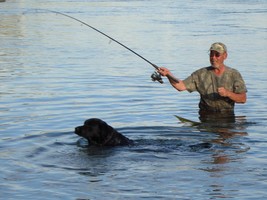 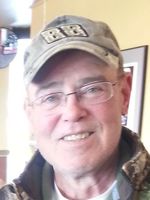