To share your memory on the wall of Boyd Webb, sign in using one of the following options:

Print
Boyd “Elmer” Webb passed away peacefully on September 10th, 2020 at his son’s home in Belfry after a short but courageous battle with cancer. He left this earth surrounded by his three remaining sons and other family members.

Elme... Read More
Boyd “Elmer” Webb passed away peacefully on September 10th, 2020 at his son’s home in Belfry after a short but courageous battle with cancer. He left this earth surrounded by his three remaining sons and other family members.

Elmer was first and foremost a storyteller. If you ever had the pleasure of being around him, you were certainly entertained and amazed by his ability to draw you into a story with his easy smile, quick wit, and uncanny ability to remember who was there, where they were, what was going on, and the date that it happened! This is one of the many special traits about this man that will be missed by all who knew him.
Having that in mind, we should start this obituary with one of his all-time favorite lines when asked about his beloved hometown, where he was born and raised, “I was born in 1928 in a small cabin on the banks of the Clark’s Fork River, hunkered in the shadow of the Beartooth Mountains, just up the river from Belfry, Montana.” This light-hearted declaration was inevitably followed by a big smile and either a shake of his head or a tip of his cowboy hat, depending on the present company.

The facts of that matter are that Elmer was born in that very place on February 14th, 1928, to John and Fannie Webb. He was the third of their eight children, all but one of whom were born in that cabin on the family farm. He was educated at Belfry Schools until the breakout of World War II, when he dropped out to work the farms and ranches in the valley that were short on manpower. He would be the first to tell you that he wasn’t a big fan of school anyway. Elmer did take great pleasure in boasting about how there has been a Webb in the Belfry School system since the day that it opened. In fact, one of his great-granddaughters will graduate next year from Belfry High School as the first 5th generation student to do so. He was endlessly proud of his strong family roots in a community that he loved wholeheartedly.

After a three-day hitchhiking trip to Texas, followed by another two days of “bumming” on trains to Oklahoma, Elmer met the love of his life, Marian Jones. They would later be married in Basin, Wyoming on April 30th, 1948, and would enjoy 62 amazing years together until her passing in June of 2010. Elmer and Marian would raise their five children together on their farm south of town, where a lifetime of beautiful memories was made.

Elmer spent most of his first 40 years either working on his own place or for “every big ranch from Cody to Red Lodge.” He then went to work in 1971 in the oil patch and did so until 1988. He and his son, Ed, started their own business in the patch in 1977 and ran Webb’s M&R until oil prices bottomed out and they left the patch and transitioned into construction. Elmer worked hard for the entirety of his life and was still active in the family business up until this last year, when his sight became too weak to continue. A strong work ethic was at the core of his values that he passed on to his family.

Music is at the very heart of Elmer’s family. It was a rare event if a family get together didn’t break out into some good old country music and some “pickin’ and grinnin’” before the night was through. He purchased his first guitar in 1956 because he “didn’t like the music on the radio,” especially rock and roll, so he began to teach himself how to play. He played gigs throughout the Clark’s Fork Valley and Red Lodge during the 50’s and 60’s and would become an accomplished musician, also teaching himself to play the fiddle, steel guitar, banjo, and mandolin. He was a patient teacher who would give his time to anyone that was interested in learning to play, family or friend. Elmer’s love of old country music spread to his entire family, and they would eventually become the Webb Family Band and play gigs all over south-central Montana. He was also an active member of the Montana Fiddler’s Association for many years and enjoyed going to their events and playing with other talented musicians.

There will be a viewing at Smith-Olcott Funeral Chapel on Friday, the 18th of September, from 4:00pm to 7:00pm. The funeral will be on Saturday, the 19th of September, at the Belfry High School Gym at 10:00am with burial to follow at the Belfry Cemetery. Everyone is welcome to return to the Belfry School Multipurpose room for a luncheon directly following the burial.

The final word will go to the man himself. In asking him during his closing days what these 92 years were all about, he answered quickly and definitively, “Family. A good loving family, a tip top family is what it is all about. That’s the only thing that counts, nothing else matters.”
Read Less

We encourage you to share your most beloved memories of Boyd here, so that the family and other loved ones can always see it. You can upload cherished photographs, or share your favorite stories, and can even comment on those shared by others.

Posted Sep 17, 2020 at 03:52pm
Elmer will be missed in the Belfry community. He was a hard worker and raised a great family. I remember Ed and him digging our basement. Elmer running around with the measuring stick in the hole, trusting every move Ed made with the backhoe. We really enjoyed the music he put out at various local functions. Our condolences and blessings to all of his family and friends.
Comment Share
Share via:
BB

Posted Sep 17, 2020 at 01:24pm
Memories of Elmer are many. Along with his love for music, he with his brothers and the 4 Brown brothers were members of the Sons of the American Legion drum & bugle band, boy what a thrill for us kids with white trousers & shirts with red sashes. Memorial Days we would march and play starting at the Belfry Cemetery, then Bearcreek. on to Red Lodge, then meet up at Rockvale with the Fromberg VFW. Also preformed for other events. After retirement in 1980, moving back to Bridger I enjoyed seeing Elmer several times enjoying his fiddle playing. He and my brother Matt were drummers, Jim & I tooted the horns. The Webb family and the Brown family were good friends all the years knowing each other. A little note, my ego takes over, Elmer reached 92, I have one up on him, I am 96, perhaps we can form another gig in a better place, may he rest in peace.

Posted Sep 16, 2020 at 10:32pm
My Sincere Sympathy to each and every member of Elmer's Family. I had the opportunity to be part of the family in the late 60's and my memories are still very vivid. (Some of the best Holiday and Sunday dinners any one could have}. What a wonderful life he lived, and I hope everyone keeps his tradition going. He really will be missed but not forgotten.
Camy Walter
Ocean Shores, Wa
Comment Share
Share via:
LP

May God Bless you all. You have some true angels watching over you from above. Elmer was one of the sweetest men ever. He left a beautiful legacy, and he will be truly missed. Hard working and kind. A true gentleman.

Posted Sep 16, 2020 at 08:24pm
My heart goes out to all the Montana Webbs! I wish I could be here with you today. Uncle Elmer was the best, may his legacy will live on forever! 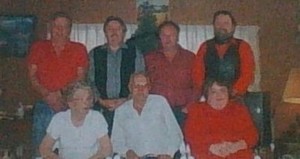 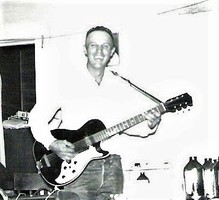 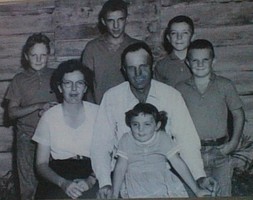 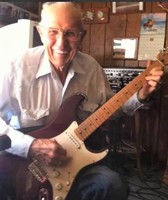