To share your memory on the wall of Thomas Helbert, sign in using one of the following options:

Print
Thomas Cornelius Helbert passed away at St. Vincent’s Hospital in Billings on the
afternoon of September 2, 2020, due to unforeseen complications from outpatient
back surgery after a fall outside his home. While Tom’s passing was unex... Read More
Thomas Cornelius Helbert passed away at St. Vincent’s Hospital in Billings on the
afternoon of September 2, 2020, due to unforeseen complications from outpatient
back surgery after a fall outside his home. While Tom’s passing was unexpected, his
family and friends will forever cherish his sense of humor, generosity and colorful
personality. Anyone lucky enough to have spent time with Tom could agree that he was
truly one of a kind.
Tom was born the oldest of three boys to Paul and Glenna Helbert on July 30, 1941 in
rural Ashland, Ohio. Tommy, Billy, and Gary Lee spent their boyhood years on the
family dairy farm enjoying their own balance of work, play, and mischief.
Tom first honed his shooting aim as a boy thinning out pests on the farm. Later on,
hunting pheasants, foxes, and rabbits with his dad and brothers were treasured times
from his youth. His skill with and knowledge of firearms, particularly shotguns, would
become a lifelong passion.
Tom also enjoyed going off and spending time in the woods. Many a woodland
creature would spend time in Tom’s care as a pet during these early years. Few can
claim a list of pets as extensive as Tom’s, and he shared this love for animals with his
family by making sure they were never lacking for interesting animal friends.
He attended school in Hayesville and greatly enjoyed spending time with his friends
and classmates. In high school, he was known for the hill-climbing prowess of his
Model A Ford pickup. After graduating from Hayesville in 1959, Tom began working as
a machinist at HyCo in Ashland. Tom would enjoy years as an independent truck driver,
an inspector for Flxible Corporation in Loudonville, and a machinist at American Augers
in West Salem before retiring in 2003.
On June 26, 1964 he married Janet Strang, whom he always spoke of as having known
since the first day of the first grade. After a decade of fun-loving years together, Tom
and Janet were blessed with their children, Heidi and Jess. He loved them all dearly.
Tom, in dutiful dad fashion, made sure that both Heidi and Jess could shoot before
they could write their names, became an expert in Looney Tunes, and he never missed
an opportunity to entertain his kids with tales of croc-a-gators, or warn them of the
“dangers” of cats with curved whiskers. With fun nicknames, mornings spent feeding
bucket calves and days spent doing farm work or shooting guns, ride-alongs in the
semi truck, frequent summer campouts, pet chipmunks and a groundhog in addition to
many dogs and cats, and family vacations where friends were allowed to come along
to Montana, Tom made sure that Jess and Heidi’s years at home were always
educational and entertaining.
Turkey shoots would later become a family affair with Tom, Janet, and the kids all
frequently demonstrating their skills with much success. 4th of July barbecues
became highlights of the summer for family and friends as Tom perfected his smoked
brisket recipe.
Tom also never outgrew his enjoyment of mischief and pranks. One of his most remembered
exploits was passing off pieces of chocolate-covered herring as Janet’s
wonderful Valentine’s Day candy to his unsuspecting victims.
Tom was also blessed with a quiet generosity that he selflessly shared with others.
From thoughtful gifts and flowers for family during the holidays and special occasions,
to gifted loads of firewood for neighbors needing a helping hand, Tom understood the
impact of a caring moment and made the most of them.
Tom and Janet retired to the mountains near Nye, Montana in 2003. They quickly
became known throughout the community and enjoyed spending time with family and
friends.
Tom is survived by his children Heidi (Tim) and Jess (Penny), and grandchildren Justin,
Jaylin, Henry and Luke.
Family in Ohio includes his brother Bill (Sharlene) Helbert, sister-in-law Shirley Helbert,
sisters-in-law Carol Garling and Eleanor (John) Leininger, and many nieces and
nephews on both sides of the family.
He was preceded in death by his loving wife Janet in June, his parents, brother Gary
Helbert this past February, mother- and father-in-law Wavelene and John Strang,
brother-in-law Ivan Strang, brother-in-law Ray Garling, sister-in-law Jeanette Helbert,
son-in-law Adam Viers, nieces Joy Newell and Molly Helbert, and grand-nephew Logan
Busch.
Funeral services will be Thursday, September 10th at the Nye Community Church at
11am with burial to follow at the Nye Cemetery. Calling hours and visitation with the
family will begin at 10am prior to the service. A brisket lunch at the church will follow
the graveside service. The Nye Community Church will offer a livestream of the service
and a link to a recording on their Facebook page.
For those wishing to attend in person, please wear masks as requested by the Nye
Church community and local health officials.
In lieu of flowers, memorial contributions may be directed in support of the Montana
Association for the Blind, PO Box 465, Helena, MT 59624.
Read Less

Plant a Tree in Memory of Thomas
Plant a tree 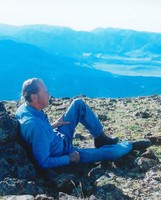