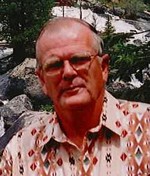 Paul Perkins, a lifelong resident of Montana lived to be 70 years old. Paul is survived by his wife, Marjorie Perkins, two daughters; Nicole Clymer (Tom Clymer), and Samantha Painter (Myke Painter), five grandchildren; Randee Wredt (Wes Wredt), Deveney Salo (Colton Salo), Taylor Moore, Andy Moore, and Tyler Painter, one great grandson, Lincoln Wredt, and one great granddaughter that is on the way, Bexlee Salo. He was preceded in death by his parents, Charles and Fannie Perkins, and his brother, Clarence Perkins.
Paul was born on April 24th, 1950 in Billings, Montana. He spent the majority of his childhood in Musselshell, Montana. He married Marjorie Heiser on June 14, 1969. They have been married for 51 great years! His love has been for the outdoors-fishing, hunting, hiking, camping and to the amazement of his family-art! He earned a Bachelor of Arts degree in History with a minor in art in 1996. He spent his later years enjoying his grandkids, collecting antiques, and playing cards with his family.
We will all miss you greatly!!