To share your memory on the wall of Dennis Frare, sign in using one of the following options:

Dennis attended school in Broadus and Laurel,MT. He married the love of his life Barbara Ann (Bales) Frare on March 25, 1965. They had two children Tracy Dean Frare and Ty Frare.

Dennis proudly served in the United States Army from October 4,1964 to September 11, 1974. While in the army Dennis was an combat engineer, a military police officer and a jungle warfare instructor. SSG Frare, Dennis Howard served two tours during the Vietnam War August 1965- August 1966 and January 1969- December 1969. Dennis loved and supported our troops unconditionally. His lived his life to the army standards with discipline and respect to all. Dennis and Barbara returned to Laurel, MT where he worked at Laurel Ford and then Archie Cochran Ford in Billings for 33 years. He retired as an ASE Certified Senior Master Technician.

Dennis loved to ride motorcycle with his boys, go RV’ing, work on vehicles ( yes, even in his spare time), reminisce about the military, and spend time with family and friends. Dennis was loved by many and touched many hearts throughout his life.

10 trees were planted in the memory of Dennis Frare

Our thoughts and prayers are with you all at this time. Dennis and Barb have been the best neighbors to have. Dennis and his wisdom will be missed!
Comment Share
Share via:
S

Our thoughts and prayers are with you all at this time. Dennis and Barb have been the best neighbors to have. Dennis and his wisdom will be missed!
Comment Share
Share via:
SG

Our deepest sympathies to you and your family. Tyronne, I don't remember ever meeting your Dad (I may have when we were in grade school). but your Dad and mine followed the same path, Army and being a mechanic after the Vietnam War. Barbara, I am so sorry for your loss. Steve and Stephanie Gauslow, Ridgecrest, CA (Retired Navy)
Comment Share
Share via:
DR 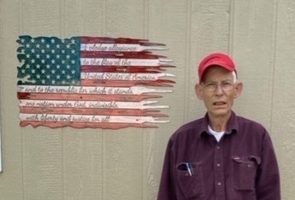