To share your memory on the wall of Mildred MacMurchy, sign in using one of the following options:

After her retirement, Mac and Mildred continued to travel taking several cruises in the Caribbean and the Inner Passage of Alaska. They also took several international trips to tour Bahrain, Israel, Italy, Scotland, Ireland and Britain. When Mildred returned from a trip after visiting several cathedrals, she decided that her church, St. Mark’s Lutheran in Corpus Christi, TX, should have needle point kneelers. She and several other members began working on the kneelers. She also worked with the other women of the church making numerous banners which are still used today at St Mark’s. Mildred found a couple of new passions – quilting and watercolors. She made quilts for all members of her family, and her water colors can be found in all of her families’ homes and those of her extended family.

In 2013 after her son’s death, Mildred moved from Corpus Christi to Mission Ridge, at St. John’s United Campus in Billings, MT, to be near her daughter and family. During the seven years Mildred was in Billings, she was able to stay on the campus and transition from Independent Living, to Assisted Living and in 2018 moved to Liggett Cottage for skilled nursing care. She continued making quilts, potato bags, and painting with watercolors up until she had a mild stroke in January of 2019.

The family would like to thank St. John’s United Campus in Billings, MT, for the care they gave Mildred the last few years. Family will receive friends at 11:30 a.m. on Monday, July 27, 2020, at Seaside Funeral Home, 4357 Ocean Dr., Corpus Christi, TX. A celebration of Mildred’s life will follow at noon with Rev. Thomas McCrone officiating. Interment will follow at Seaside Memorial Park. The service will be live streamed by Seaside Funeral Home; please see their website for instructions. In lieu of flowers, donations may be made to Immanuel Lutheran Church, 3801 Cunningham Road, Killeen, TX 76542.
Read Less

We encourage you to share your most beloved memories of Mildred here, so that the family and other loved ones can always see it. You can upload cherished photographs, or share your favorite stories, and can even comment on those shared by others.

Plant a Tree in Memory of Mildred
Plant a tree 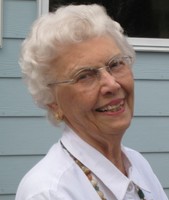