To share your memory on the wall of Dennis Storck, sign in using one of the following options:

There are no events scheduled. You can still show your support by sending flowers directly to the family, or planting a memorial tree in memory of Dennis August Storck.
Plant a Tree

Posted Jul 24, 2020 at 01:12pm
Wishing you peace to bring comfort, courage to face the days ahead and loving memories to forever hold in your hearts. 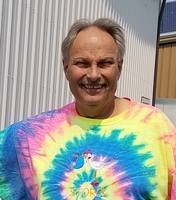