To share your memory on the wall of Doreen Hennesay, sign in using one of the following options:

She was born April 4, 1927 in Los Angeles, California to William Antone Kranzer and Emily Anne Kranzer.

Growing up in Los Angeles, Doreen was q... Read More
Doreen Constance Hennesay, age 93, passed away July 3, 2020, with family nearby.

She was born April 4, 1927 in Los Angeles, California to William Antone Kranzer and Emily Anne Kranzer.

Growing up in Los Angeles, Doreen was quite athletic as a child, participating in multiple sports. Her tap dancing and acrobatic skills, at a young age, led to her performing with the Fanchon Marco Kids in the Fox Theatre.

In 1950, Doreen graduated from The Methodist Hospital's School of Nursing with one of the highest test scores in the state of California. Surgery was her primary field of interest. It is there that she began her career as a surgical nurse. Her next position was head nurse of an active polio unit at Exeter Hospital during the last major polio epidemic in California.

In 1953, while working as the charge nurse at Sequoia's Lodgepole Emergency Hospital, Doreen met and married the love of her life, Vern Hennesay, who was a backcountry ranger. After the wedding, Doreen traded in her surgical mask and convertible for a pair of cowboy boots and a pack mule. She followed Vern into the backcountry of the High Sierras. This began their 18 years of adventure with the National Park Service where Doreen continued her nursing career, working as an operating room nurse, public health nurse, clinic and emergency nurse and a coronary and intensive care nurse. Doreen was well known for her warm, compassionate bedside manner. She was known by many as a ‘Big Hearted Sweetie.'


In 1981, Doreen and Vern retired to the Mission Mountains, where they spent the next 34 years. It is here that they built their dream home together. In retirement, Doreen enjoyed her membership in the P.E.O., square dancing, gardening, attending to her many flowerbeds and filling albums with genealogy.

In 2015, they moved to Billings to be closer to family. A week after celebrating their 63rd wedding anniversary, in 2017, Vern went home to Jesus.

A private family memorial will be held at a later date. A scholarship fund in Doreen's name has been established with her local P.E.O. chapter (an organization for furthering the education of women). Mail donations to P.E.O. Chapter BS, Sharon Simpson, 46393 North Foothills Dr., Ronan, MT 59864. Condolences can be posted at www.smithfuneralchapels.com.
Read Less

Print
Private memorial will be held at a later date.

We encourage you to share your most beloved memories of Doreen here, so that the family and other loved ones can always see it. You can upload cherished photographs, or share your favorite stories, and can even comment on those shared by others.

Plant a Tree in Memory of Doreen
Plant a tree 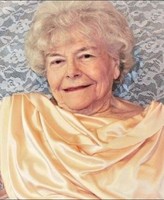 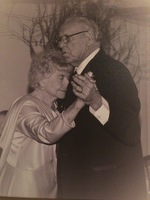 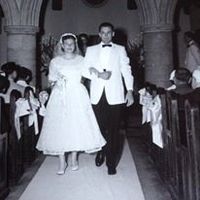 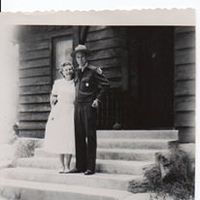