To share your memory on the wall of Cedric Kencke, sign in using one of the following options:

Cedric was born on December 19, 1950 in Cody to Gordon and Harriet "Happy" Kencke. Cedric spent his first 10 years in Cody until his dad joined the US Army... Read More
Cedric Arthur Kencke died June 20, 2020 at Cedar Wood Ville in Red Lodge Montana.

Cedric was born on December 19, 1950 in Cody to Gordon and Harriet "Happy" Kencke. Cedric spent his first 10 years in Cody until his dad joined the US Army. It didn't take long until dad received orders to Germany. So, the family packed up and was on the move. The next three years the family lived in Giessen, West Germany. When the tour was over, dad was assigned to Fort Sill, Oklahoma.

Cedric graduated from Eisenhower High School in Lawton, Okla. After graduation Cedric enlisted in the US Marine Corps in Oct. 1970. Cedric served our country for 12 years. During his time in the Corps he was stationed at several posts in the US. He also served on the USS America in the South China Sea during the Vietnam War. He was an Aircrew Survival Equipmentman, that means he maintained survival equipment on jet aircraft.

After his departure from the military service, he tried his hand at truck driving for a couple of years he didn’t like driving on freeways during winter months. So, he took up the painting business by working for Kelly-Moore Paints in Lawton. After 19 years with Kelly-Moore he retired. After retirement he decided to come home to Cody. After a bad fall in Nov. 2017 and four weeks in ICU it was decided he needed 24-hour help until his mind repaired itself, wishful thinking that never happened.

Cedric loved fishing and playing golf. He always told Ray his older brother he was a better fisherman than him, and he was. He always caught more fish than him. He also enjoyed playing golf and running after that little white ball.

He was preceded in death by his mother and father and older brother Ray, and nephew Nick Kencke.

To plant a memorial tree in honor of Cedric A Kencke, please visit our Heartfelt Sympathies Store.

There are no events scheduled. You can still show your support by sending flowers directly to the family, or planting a memorial tree in memory of Cedric A Kencke.
Plant a Tree

We encourage you to share your most beloved memories of Cedric here, so that the family and other loved ones can always see it. You can upload cherished photographs, or share your favorite stories, and can even comment on those shared by others.

Plant a Tree in Memory of Cedric
Plant a tree 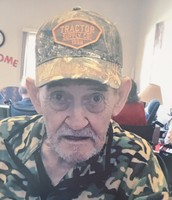