To share your memory on the wall of Daniel Clemmons, sign in using one of the following options:

Dan was born in Superior Wisconsin on June 22, 1939 and a few years later moved to St. Paul Minnesota. He grew up in St. Paul but spent most summers at his uncle’s dairy farm in Prescott, Wisconsin helping his uncle. Early in his teens Dan learned how to ski and became an excellent skier. When his nephews came along, he taught all of them how to ski holding them between his legs as they skied down the mountain.

Dan attended college in River Falls, Wisconsin after high school. Dan got married in 1965 to Elaine Morrison and they moved to the farm in Prescott, WI where they lived until they moved to Wyoming in 1999.
Dan enjoyed riding horses and training them to drive carriages. Dan and Elaine had many adventures camping with their horses and dogs and participating in carriage driving events. Soon Dan and Elaine wanted to travel west to ride in the mountains of Wyoming and Montana and enjoyed many adventures with their horses and dogs.

Dan owned and operated a small trailer business in which he spent many hours with customers in the farmhouse kitchen in Wisconsin. His reputation of being honest and his willingness to help customers choose the right trailer resulted in repeat business from the same customers.

The last few years we have spent many wonderful evenings at the Pollard Pub in Red Lodge MT enjoying music and dinner. The staff there are outstanding and were willing to help us in and out of our car and into the Pub. We have had many people step up to help us when we needed it. Thank You!

Dan is survived by his wife Elaine Morrison Clemmons, and his sister Dorleen Rae Hagerman. He is also survived by his brothers-in-law Leon Morrison (Audrey), Ivan Morrison (Mary) and Elaine’s brother-in-law August Kirchner. He leaves behind many nephews, nieces and cousins.

Due to the corona virus, a celebration of Dan’s life is on hold currently.

In lieu of flowers, a donation to your favorite charity would be in honor of Dan.
Read Less

There are no events scheduled. You can still show your support by sending flowers directly to the family, or planting a memorial tree in memory of Daniel Grant Clemmons III.
Plant a Tree

We encourage you to share your most beloved memories of Daniel here, so that the family and other loved ones can always see it. You can upload cherished photographs, or share your favorite stories, and can even comment on those shared by others.

Posted Jul 06, 2020 at 11:15pm
Dearest Elaine - I am so sorry to hear of Dan's passing. I wish I could have seen him one more time. He was a very special person and I was fortunate that I got to know you both during my time in Red Lodge. I grew to love you both very much. My thoughts & prayers are with you during this difficult time. Janell
Comment Share
Share via: 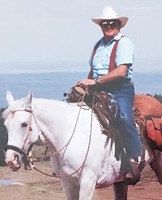 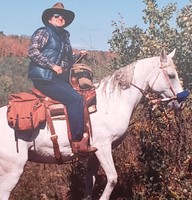