To share your memory on the wall of Lavina Morgan, sign in using one of the following options:

She worked as a nurse off and on while raising her 5 children. Her greatest feat was completing her AA degree from College of the Redwoods in California in 1975. She married George C Morgan on November 4, 1966. Throughout the marriage they owned several businesses which included a restaurant to help feed, as she put it, her large family and an appliance sales and repair business. She and George were also Coast Guard Lamplighters from 1970-1976.

The family moved to Montana in 1978 where they continued the appliance business until retirement in 1988. Along the way the children graduated and left the nest to start their own families. She spent her early retirement doing the things she loved with her church family including many excursions to church camps. She loved taking memorable summer trips with two of her daughters and their children. And in later years crafting and selling at vendor shows.

Lavina was the last surviving child out of a family of 7. She is preceded in death by her parents, her husband George, daughter Sherrie Casperson and son Richard Morgan.

Mom the FACTORY broke the mold when they made you. “Gramma did you know”, you leave a hole in our hearts; you were dearly loved and will be greatly missed.

Services will be held at 11:00AM Thursday, June 25th at the Seventh Day Adventist Church, 402 S. 2nd Street, Bridger, MT, fellowship to follow. Interment with Military Honors will be held at the Yellowstone National Cemetery in Laurel, MT at 2:00PM.

Smith Funeral Chapels has been entrusted with final arrangements. In lieu of flowers, donations are encouraged to the Seventh Day Adventist Church Bridger, MT
Read Less

We encourage you to share your most beloved memories of Lavina here, so that the family and other loved ones can always see it. You can upload cherished photographs, or share your favorite stories, and can even comment on those shared by others.

Plant a Tree in Memory of Lavina
Plant a tree 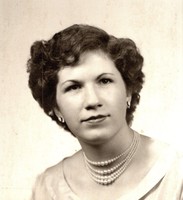